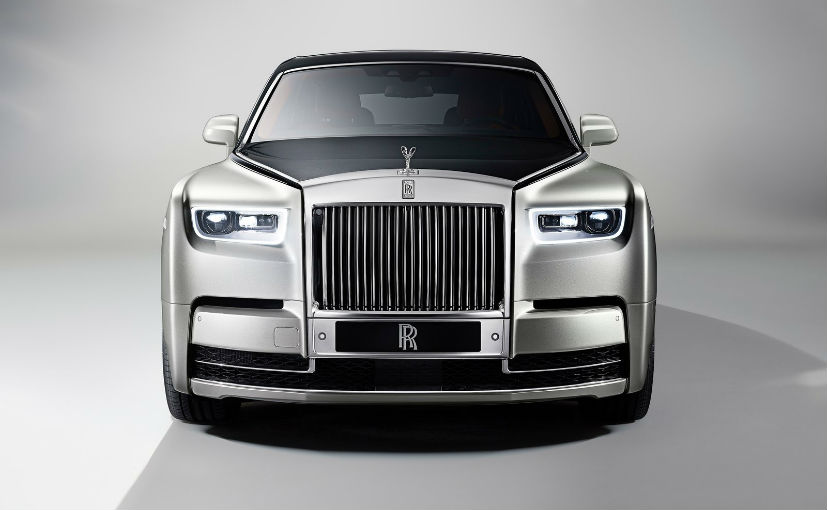 Rolls Royce, a British luxury car manufacturing company has launched the eight generation of Phantom in the domestic market with a starting price of INR 9.5 crore (ex-showroom). The newly launched Phantom is also offered in longer wheelbase guise as well which attracts buyers with a price tag of INR 11.5 crore (ex-showroom). Based on the Architecture of luxury, the new Phantom Mk8 becomes the first model from the Rolls Royce to employ this architecture as its basis, which offers 30 percent more rigid as compared to the spaceframe architecture of the Phantom Mk7. See More: Top 5 Cars coming to India in 2018: All-new Honda Amaze, new Ertiga, Maruti Vitara Brezza Petrol

On the exterior front, the new Phantom VIII gets several design revisions featuring new Pantheon grille upfront giving a reminiscent of 103EX’s futuristic grille, however, it is also influenced by Rolls Royce Silver Cloud. Further elevating the Spirit of Ecstacy, the portrait grille has been raise higher by approximately a half an inch. The car also gets new headlamps sporting a ring of DRLs incorporating laser light system ranging over 600 metres.

Dimensionally, the new 2018 Roll Royce Phantom VIII measures 5762mm in length, 2018mm in width and 1646mm in height wherein the length has been decreased by 80mm while the width and height is increased by 28mm and 8mm respectively. The wheelbase stands at 3552mm which is 18mm shorter than the previous generation. The longer wheelbase version of the new Phantom measures 3752mm by stretching more by 200mm as compared to the regular model. The new 2018 Phantom model gets more luxurious and high-tech cabin space which blends classic Rolls Royce with modern equipments such as 12.3-inch LED screen for displaying driver information and more. The analogue clock is now shifted to the passenger side on the dashboard as seen on the centre console like RR Ghost, RR Dawn. Moreover, the new Phantom VIII is equipped with the Flagbearer which is a stereo camera system integrated into the windscreen that adjusts the suspension proactively by seeing the road ahead. Further enhancing the overall appeal are the newly sculpted and hand-crafted seats with the wood panels on the rear of the seats. It also gets electrically operated Rear Picnic tables, Rear Theatre Monitors for the rear-seat passengers, a drinks cabinet at the rear with whiskey glasses and decanter, champagne flutes & cool box and much more. Read More: 2018 Mercedes-Benz S-Class Facelift Launched; Price in India Starts From INR 1.33 Crore

Mechanically, the new Phantom VIII is powered by a 6.75-litre V12 engine which is capable of making 563 bhp of maximum power and peak torque of 900 Nm @ 1700 rpm. The unit is mated to an 8-speed, Satellite Aided transmission which gives driver’s location and style for optimizing the gear changes. As far as the performance is concerned, the new Phantom can sprint from standstill position to 100 kmph in just 5.3 seconds despite of two and a half tonnes of weight. Paul Harris, Asia Pacific Regional Director, Rolls-Royce Motor Cars, said, New Phantom paves yet another milestone for the brand in India, destination for many of Rolls-Royce’s most bespoke cars. Our customers still recognize today that they are buying the best in luxury. India remains a highly important strategic market for the company, as the population of highly successful Indians continues to grow at a greater rate than other countries and the appetite for authentic, bespoke luxury increases.