In ‘Bigg Boss 15’, before the race for the finale starts, something will happen in the house that the housemates will be tempted to eat. The special thing is that the reason for this will be two contestants of the house named Shamita Shetty and Afsana Khan.

A video has been shared by Colors on the official Twitter account. Tweeting this video, it is written- ‘Fight in the house over food started with the punishment of Bigg Boss. To what extent will this riot between the family members go?’

In this promo video you will see that Afsana Khan is sleeping. At the same time, a task is being done in the Gordon area in which there are many things to eat and drink. After this ‘Bigg Boss’ tells the family members- ‘While Afsana fell asleep during the process, Shamita was found talking in English. This is what ‘Bigg Boss’ stops this process due to repeated rule violations. Now you will not get any chance to take ration items. In the promo, you will see that the housemates are stunned to hear this punishment of Bigg Boss. After which everyone starts quarreling among themselves. 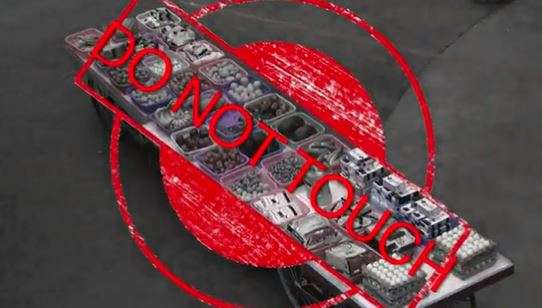 Jai Bhanushali tells everyone that ‘Now how will we spend a week in a packet of flour and a few potatoes and onions.’ After this, he angrily says to Afsana- ‘How many times has Afsana said that don’t sleep. What happened Shamita?’ Shamita gets furious after hearing Jai’s taunts. She says angrily- ‘Take all my food. I will not eat anything this whole week.’

Bigg Boss 15: After Maisha Iyer, Ishaan Sehgal is also out of the house, these 3 are safe

After this, Shamita tells Rakesh Bapat that ‘I am the only one who is talking in English in the whole show. Others should have also been named who have spoken in English. On this, Jai says that ‘I had to react because there is no grain in the house.’ On this, Shamita angrily says, ‘So what should I do?’

On the other hand, Afsana starts crying and gets angry on all the family members. She even starts killing herself. Now it has to be seen what ruckus happens in the house without ration.