Skip to content
Cars and Bikes
new car launch in india | Car News | | Automobile News News
23 December 202123 December 2021
NayaSeekho
Leave a Comment on Citroen C3: This luxurious SUV will be launched in India soon, will be the country’s first Flex-Fuel compatible car. Citroen C3 to launch in India in first half of 2022

Citroen company is soon going to launch its second SUV car C3 in India. The enthusiasm for this car has remained among the people from now on.


Will be an affordable SUV

A special feature of this SUV car will be that it will be a low cost car. In such a situation, there is enthusiasm among the people for the launch of a low-cost SUV car. After the launch of Citroen C3, Maruti Suzuki will compete with vehicles like Vitara Brezza, Tata Nexon, Hyundai Venue, Mahindra XUV300, Kia Sonet, Nissan Magnite, Renault Kiger and Toyota Urban Cruiser in the Indian market.

Also Read – Mahindra XUV700’s new 6-seater variant is coming, will be launched with these special seats

The Citroen C3 will be the first flex-fuel compatible car in the country. Flex-Fuel is made in the laboratory. It is made from a mixture of petrol (gasoline) and ethanol or methanol. Ethanol is extracted from corn or sugarcane crops, making it easier and cheaper to obtain. Also flex-fuel is stored in a fuel tank in a fuel tank. Due to this, many containers do not have to be used for storage. Also it is cheaper than petrol and diesel. 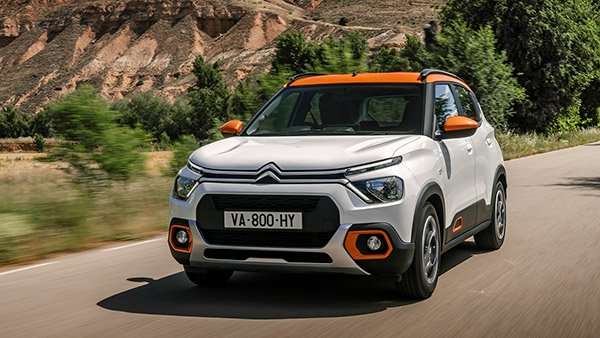 Citroen’s traditional grille will be used in this SUV car. Also, dual layer headlamps with flat bonnet, angular windshield, roof rail, blacked out pillar and dual tone diamond-cut alloy wheels will also be seen in this car. Talking about the features, then this car can get connected car technology, automatic climate control, cruise control, excellent touchscreen infotainment system and many other great features.

Also read – These vehicles created a buzz in the country this year, made people crazy with great features and strong performance

25 December 202125 December 2021
NayaSeekho
Leave a Comment on Booking of this luxurious 7 seater SUV from Skoda has started in India, know when it will be launched to make a splash in the market. Skoda Kodiaq 2022 bookings start in India, will launch in January 2022
Advertisements