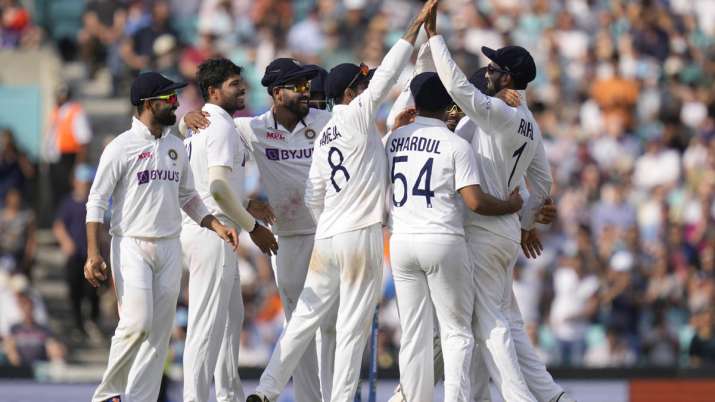 Dubai. Following India’s Oval Test win amid controversial decision to drop spinner R Ashwin for the fourth consecutive Test against England, former South Africa captain AB de Villiers has urged the spectators to forget about team selection and other nonsense. Praise the game. India adopted the strategy of fielding four fast bowlers and one specialist spinner for the fourth consecutive Test. Captain Virat Kohli came under heavy criticism for preferring Ravindra Jadeja over Ashwin. Kohli’s decision, however, proved to be correct as India won the fourth Test by 157 runs to take a 2-1 lead in the series.

De Villiers tweeted, “Like the spectators of Test cricket stop thinking about team selection and other nonsense and admire the competition, passion, skill and patriotism that is right in front of your eyes. You are missing a good match. ‘ He said, ‘Great performance India. Brilliant captaincy Virat Kohli and some players showed a great game. Joe Root also played well for England. Good promotion of cricket. Excited for the final.”

De Villiers, who plays for Royal Challengers Bangalore, has reached UAE for the second leg of IPL. He said in the video released by RCB, “It feels great to be back. I’ll see you again. Some players are in England but will be coming soon. We had a good start and he will keep the momentum going. I am feeling thrilled like a kid.” RCB are currently third with ten points from seven matches.