Diljit Dosanjh is called the rockstar of Punjab. He previously worked in many good and tremendous films in Punjab and also made music albums. Along with acting, she is also popular for her singing. In the year 2016, he made his Bollywood debut with ‘Udta Punjab’. In the very first film, people were convinced of Diljit’s innocuous acting. He also has a tremendous fan following in Bollywood. People also liked his song ‘Ik Kudi’. Today Diljit Dosanjh is celebrating his 37th birthday (Diljit Dosanjh Birthday).

Had messed with Kangana
After the first film, Diljit Dosanjh’s fan following grew such that he also started getting lead characters from supporting roles. After ‘Udta Punjab’, he appeared in films like Phillauri, Welcome to New York, Soorma and Good News. Even today, there is no dearth of fans of Diljit Dosanjh. Diljit Dosaj is known for his comic timing. Diljit Dosanjh is such a celebrity who even stopped speaking of Kangana Ranaut. During the farmers’ movement, he had directly messed with Kangana on social media.

Diljit Dosanjh made his debut with ‘Udta Punjab’. (file photo)

Kangana had deleted the tweet
Actually, a picture went viral on social media. In this photo, Mahinder Kaur, an elderly woman from Bathinda, was seen joining the farmers’ movement. By sharing this picture, Kangana compared the woman to Bilkis grandmother of Shaheen Bagh, to which Diljit shared a video, after which the whole controversy started and in fact check, Kangana’s words turned out to be wrong. Kangana had to delete her tweet.

Kangana called Diljit a puppy
Diljit Dosanjh had told him a lot for this fake tweet of Kangana. After this, Kangana called Diljit Dosanjh Karan Johar’s pappi and even a local revolutionary. Kangana had tweeted and said, “O Karan Johar’s pet, the grandmother who was agitating for her citizenship in Shaheen Bagh, the same Bilkis Bano was seen agitating for the farmers’ MSP. I don’t even know Mahindra Kaur ji. Have you guys started the drama? Now stop it.’ 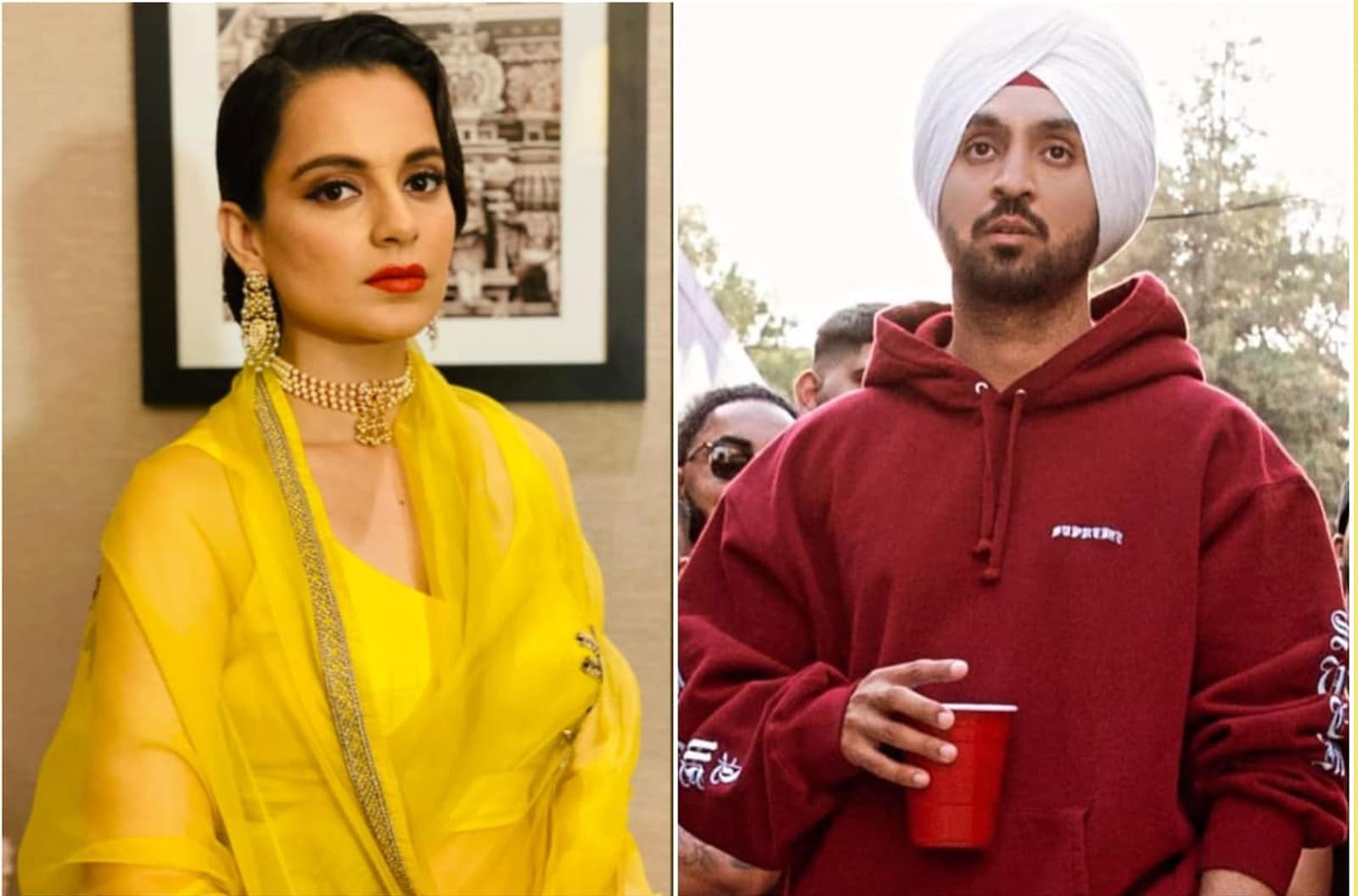 There was a tremendous Twitter war between Diljit Dosanjh and Kangana Ranaut. (file photo)

What did Diljit say?
Diljit did not like this thing of Kangana and Diljit gave a befitting reply to Kangana, writing, ‘You have done the film with all the people, you are the pet of those people? Then the list of owners will get longer? They are not from Bollywood, they are from Punjab. Instigating people by lying and playing with emotion, then you know very well.

Diljit further wrote, ‘I am just telling you that these are not Bollywood people but Punjab people. If you say 2 then you will get to hear 4 not 36. Come, come, come, as much drama you have done, only the people of Punjab will remove it and you are not going to come in the hands of anyone, come. This fight of both went on like this for a long time.