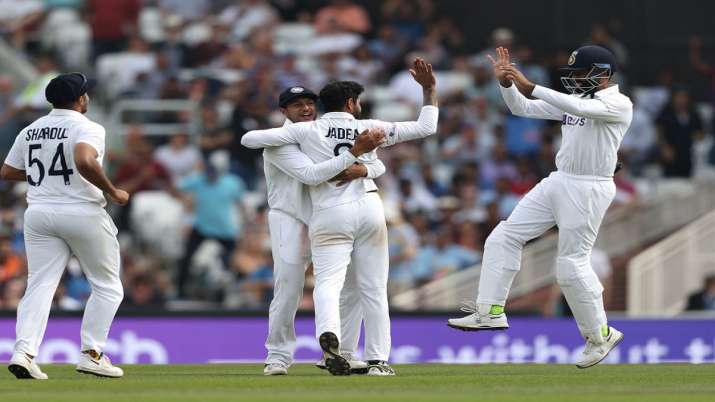 London| Former England captain Nasser Hussain says skipper Virat Kohli’s clever use of spinner Ravindra Jadeja on the fifth day of the fourth Test was one of the reasons for India’s win against England. Hussain said that while Kohli was able to use the spinner on one hand, England captain Joe Root could not use Moeen Ali properly on the fourth day.

India have taken a 2-1 lead in the five-match series after winning the fourth Test. India has won the Test for the second time at this venue. Before that he had won in 1971.

Hussain said in a column for the Daily Mail, “Kohli used Jadeja cleverly while Root could not do the same with Moeen. The Indian captain kept the spinner from one end. Root ignored Moeen and the fast bowlers Kept bowling since then.”

“Jadeja did a better job at one place as well. He cracked the leg-stump apart from picking up the wickets of Haseeb Hameed and Moeen to create opportunities for reverse swing,” he added.

Hossain said, “I can’t criticize England’s batting too much. It was such that the team was completely stacked. From scoring 100 runs without any loss to 147 for six, it is not much cleverness. But many Sometimes you have to give credit to the opposition team, especially Jasprit Bumrah’s bowling. We often forget that the opposition team is also free to play well.”