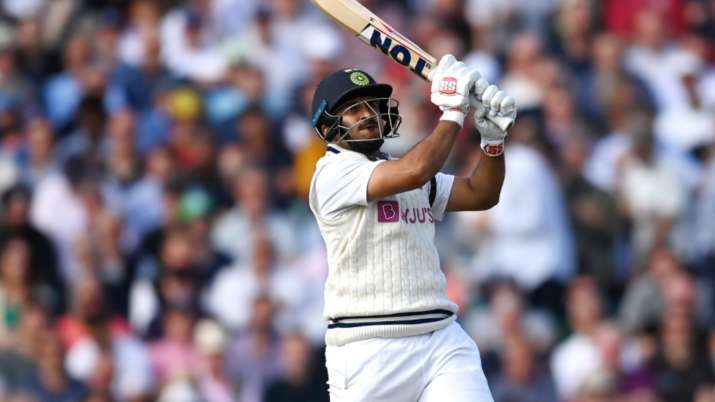 Shardul Thakur, who has surpassed Ian Botham’s record for the fastest Test fifty on English soil, believes that when the responsibility is handed, he has to convert it in some way.

In the fourth Test against England at The Oval, Shardul Thakur broke Ian Botham’s record by scoring a quick half-century in just 31 balls. Shardul said after the end of the day’s play, “Whether you are a fast bowler or a batsman, you have to take responsibility. If you are playing for India, you have to take responsibility in any way whenever you get a chance.” “It was a challenge for me and whenever I go out to bat, I have to create an impact that can open the way for my team to win,” Shardul said.

Earlier, on the first day of the fourth Test, India’s first innings was bundled out for 191 runs. Chris Woakes took 4 wickets for 55 runs for England. On the other hand, England have scored 53 runs in the first innings at the end of the day’s play and are still 138 runs behind India.