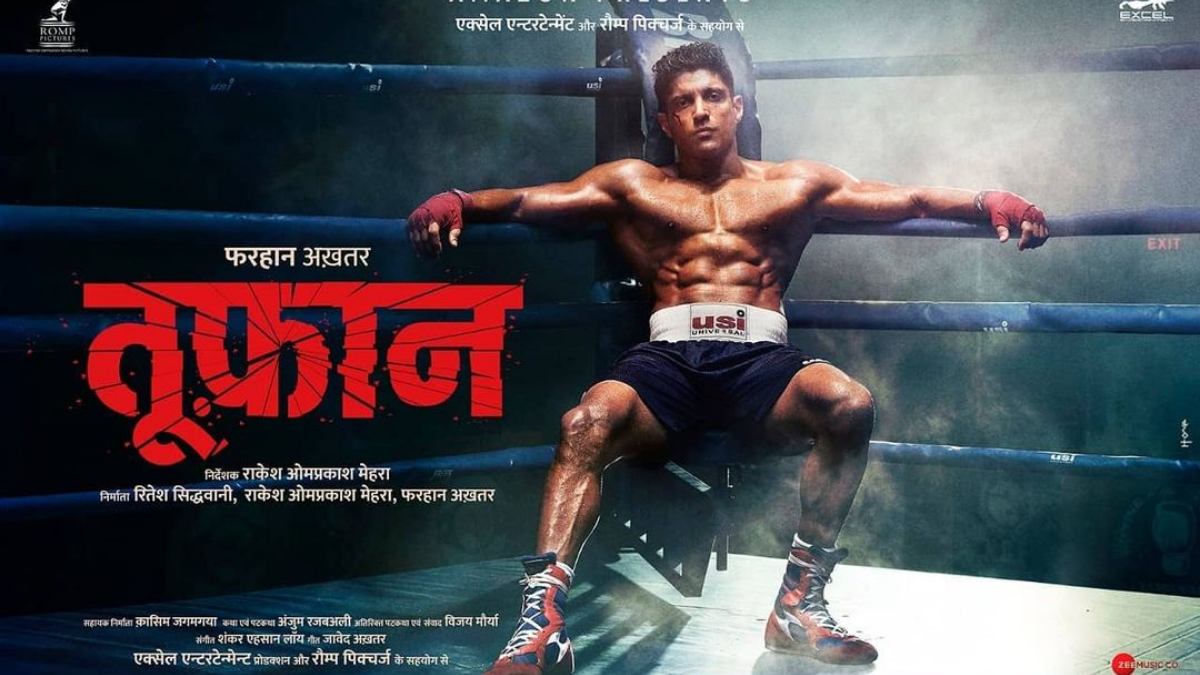 MumbaiFarhan Akhtar’s fans are waiting for his upcoming film Toofan for a long time. The storm was earlier scheduled to release in theaters, but now in view of the havoc of Corona, the makers have decided to release the film on the OTT platform. Now the makers have made it clear that when the trailer of the film is going to be released. Recently another poster of this film has been released, in which the release date of the trailer of the film has been announced. Recently, actor and producer Farhan Akhtar released the release date of his film. Directed by Rakeysh Omprakash Mehra, this Farhan Akhtar film is going to release on Amazon Prime Video on 16 July.

Farhan himself has also shared this information with the fans. The actor recently released two special posters of the film on social media. It has been told with these posters that the trailer of Toofan will be released on June 30. Farhan is seen boxing in the poster of the film, while on the other hand his romantic style is seen with the film’s lead actress Mrunal Thakur. While sharing the poster, Farhan wrote that ‘Life can’t break you as long as love keeps you connected. The trailer will be out on June 30. Actors Mrunal Thakur and Paresh Rawal will be seen in important roles along with Farhan in this film.

The film is produced by Ritesh Sidhwani, Rakeysh Omprakash Mehra and Farhan Akhtar. Toofan is directed by Rakeysh Omprakash Mehra starring Farhan Akhtar and also starring Mrityunjay Thakur and Paresh Rawal in lead roles. Let us tell you that ‘Toofan’ will stream on Amazon Prime Video from July 16, 2021 in India and in 240 countries and territories.