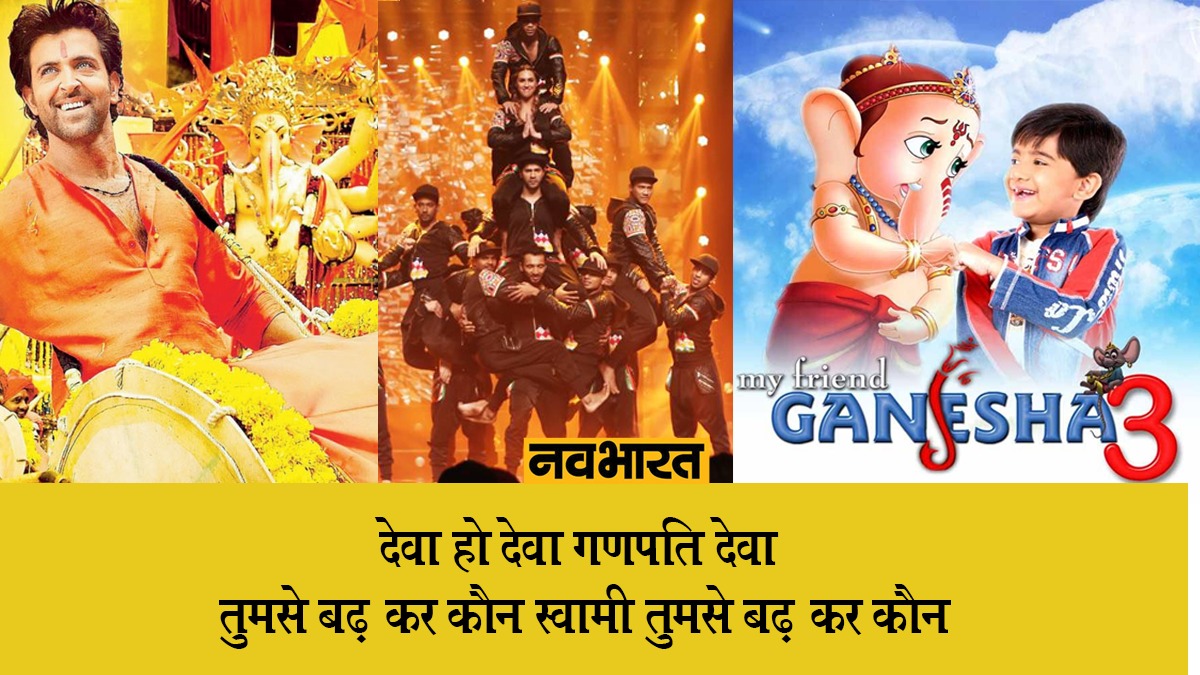 Ganpati Bappa was seen in these Bollywood films, ‘Ganesh Chaturthi’ was celebrated with great pomp

Every Teej-festival is celebrated with great pomp in the country of India. Soon Ganpati ji is going to arrive all over the country. Lord Ganesha is also known as the bringer of happiness and the destroyer of obstacles. This year the 10-day festival Ganesh Chaturthi is going to start from 10th September 2021. In India, Ganeshotsav is celebrated with great enthusiasm. Ganesh Utsav spreads the light of happiness everywhere for 10 days. She has also given a special place to Ganpati Bappa in the Bollywood industry. Many Bollywood movies and songs are based on Ganeshotsav. Among them too, Ganesh Chaturthi has been celebrated a lot. Today in this report we will introduce you to those Bollywood films in which this Ganesh festival of Ganpati Bappa has been shown and celebrated with great glee.

Bollywood actors Hrithik Roshan and Sanjay Dutt’s film Agneepath, which came in the year 2012, has received immense love from the audience. Apart from Hrithik Roshan, Priyanka Chopra, Sanjay Dutt, Katrina Kaif, and Rishi Kapoor were seen in important roles in this film. This film had given all the records of earning at the box office. The song ‘Deva Shree Ganesha’ from this film depicts Ganeshotsav very correctly.

Salman Khan’s film ‘Wanted’ released in the year 2009 is still everyone’s favorite. This film gave new wings to the career of Salman Khan. The song ‘Jalwa’ from the film Wanted remains on everyone’s tongue even today. Please tell that the song Jalwa was filmed on Ganeshotsav itself. Actress Ayesha Takia was seen with Bhaijaan Salman Khan in this film.

Bollywood’s villain Sanjay Dutt’s film ‘Vaastav’, released in the year 1999, is still well remembered by the people. This film was well liked by the audience. Let us tell you that in this film ‘Vaastav’ of Sanjay Dutt, the aarti of Lord Shri Ganesh has been shown well.

embers made of tears

Bollywood’s versatile actors Jitendra and Madhuri Dixit’s 1993 film ‘Aansu Bane Angare’ was making headlines in those days. This film has got a lot of love from the audience. The song ‘Ganpati Bappa’ from this film proved to be a super hit. This song depicts Ganesh Chaturthi.

Many films were made on Lord Ganesha which are more famous among children. In the year 2007, the animated film ‘Bal Ganesha’ came on Ganpati Bappa. After this the sequel of this film was released in 2009 and Bal Ganesha Part 3 in 2017. This film became very popular among children.

In this way, there are many such films in Bollywood in which this Ganesh festival of Ganpati Bappa has been celebrated with great pomp.