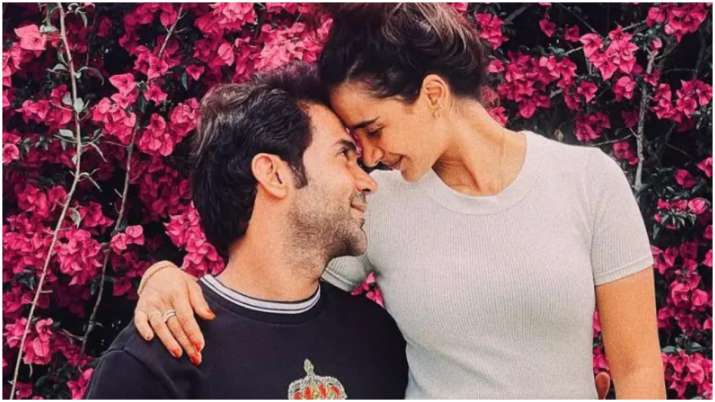 New Delhi: Rajkummar Rao, one of the most talented actors of Bollywood is celebrating his birthday today. The ‘The White Tiger’ actor has come a long way in his career and has established a name for himself in the industry. He has been in a relationship with his ‘Citylights’ co-star Patralekha Paul since 2010, the two often express their love on social media. On his special day, Rajkummar Rao received a special birthday wish from his girlfriend Patralekha, who penned a sweet note for his love.

Patralekha shared a picture with the ‘Shahid’ actor in which she can be seen sitting on his lap. She shared, “Happy Birthday Rajkummar Rao. You know what you mean to me. I always want you to be yourself in every character because I know that’s what you want for yourself. Thank you for being rock solid in tough times. I love you…..Baaki baatein at home”.

Several celebrities including Aparshakti Khurana, Bidita Bagh, Huma Qureshi, Aditi Rao Hydari and others commented on the post and wished the ‘Stree’ actor on her birthday. Commenting on his girlfriend’s post, Rajkumar also wrote, ‘I love you’.

On the work front, Rajkummar Rao was last seen acting in ‘Ludo’, ‘The White Tiger’ and ‘Roohi’. Soon he will be seen in ‘Hum Do Hamare Do’ opposite Kriti Sanon. He will also star opposite Bhumi Pednekar in ‘Badhaai Do’. The “Roohi” actor will also be seen in the Netflix original “Monica, O My Darling”.