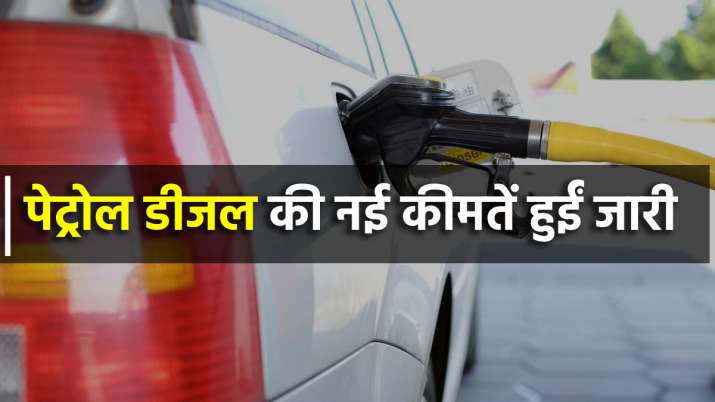 While the prices of crude oil are increasing in the international market, there is a relief news for Indian customers at present. There has been no change in the prices of petrol and diesel on Friday. Earlier on Wednesday, the price of petrol and diesel was reduced by 15-15 paise. According to the Indian Oil (IOC) website, on Thursday, petrol remained at Rs 101.34 per liter at the Indian Oil pump in Delhi on Thursday. Diesel price also remained unchanged at Rs 88.77 per litre. In Mumbai too, petrol is Rs 107.39 per liter and diesel is 96.33 paise per liter.

Earlier, on Tuesday last week, the prices of both the fuels were reduced by the same. Diesel has become cheaper by Rs 1.10 per liter in the last fortnight so far. Talking about the prices, the prices of petrol have not increased since July 17. Petrol prices were stable for about a month and then their prices came down.

Crude oil prices fell on Wednesday in the global market after OPEC+ countries agreed to maintain their policy of gradually returning supplies to the market. But on Thursday, Brent crude was up $ 1.44, or 2 percent, to close at $ 73.03 a barrel. At the same time, West Texas Intermediate (WTI) crude rose $1.40, or 2 percent, to $69.99 a barrel.

You can also know the price of petrol diesel