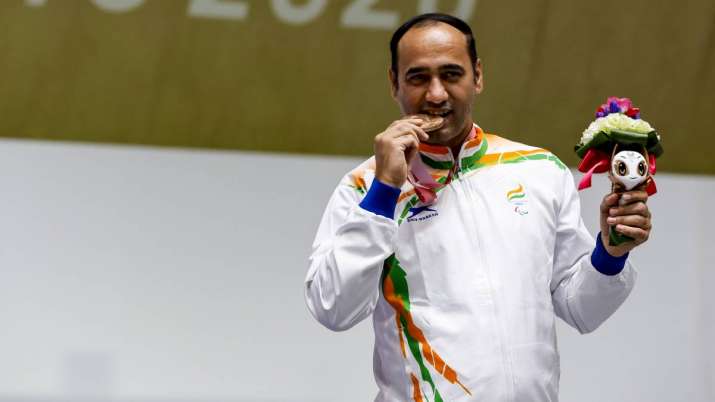 The Chief Minister said that Adana has won the hearts of the people of Haryana and the entire country. In a statement, he congratulated Adana and wished him all the best for his bright future.

Polio victim Adana won a bronze medal in the men’s 10m Air Pistol SH One event at the Paralympics for the first time.

Shooter Singhraj was desperate to start practicing during the lockdown. Due to this his sleepless nights had also disappeared. “When I was not able to practice, I started thinking that my dream of winning a medal was over. Then my coaches advised me to prepare the range at home.

He said, “I was getting desperate and I had lost sleep due to not being able to practice. So when I talked to my family members to prepare the range, they were shocked as it would cost lakhs of rupees.

Singhraj said, “My mother only told me to make sure that if anything goes wrong, we continue to get bread for June 2. But with the support of my family and coaches, approval and help from Paralympic Committee of India and NRAI (National Rifle Association of India), we were successful in our mission and soon the range was ready.

He himself prepared the blueprint of this range. “I did the blueprint in one night and my coaches told me that if we are preparing the range, it should be of international standard as it will help me not only in Tokyo but also in Paris Games,” Sinharaj said.

Sinharaj was first introduced to the sport by his nephew with whom he had gone to the shooting range for the first time. He said, “My nephew Gaurav Adana is a shooter. I was smiling when they were practicing so the coach asked me the reason. That day I tried my hand at shooting and hit four out of five shots correctly. Perfect 10 was also included in these.