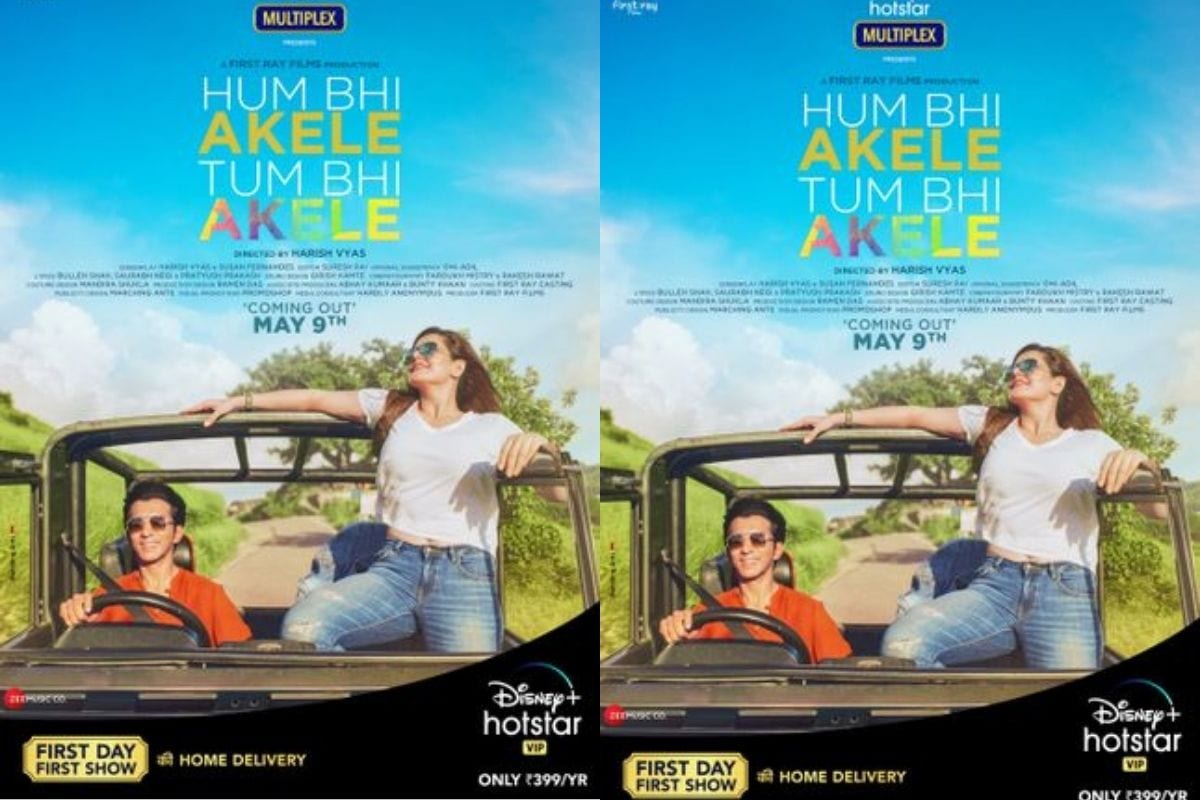 There have been many attempts to make a Hindi film on homosexual relationships. Not only gay but now lesbian relationships have also started coming in the story. Ignoring the issues of morality, since such relations are happening in the society today, then it is imperative to talk beyond this, to create literature, to make films. Sadness happens when filmmakers either associate it with sex or make fun of it. Emotional affiliation and ideological solidarity are underrepresented in homosexual relationships. The recently released ‘Hum Bhi Akele Tum Bhi Akele’ on Disney+ Hotstar, does a little better in terms of story than the rest of the films. Dedh Ishqiya, Margarita with a Straw, My Brother Nikhil, or Deepa Mehta’s Fire… are some of the films that focus heavily on the emotional connection of homosexual relationships.

Gay relationships are often made fun of in Karan Johar’s films, but in some of his films, these relationships are shown in a very different way. Hum Bhi Akele Tum Bhi Akele Mein is a new thing, it has heroin lesbian and hero gay. Apart from this, there is nothing in the entire film that can keep the audience tied in this film. Mansi Dubey (Zareen Khan) is part of an old-fashioned family but considers herself a rebel by nature. While studying in a co-ed school, a neighbor starts playing doctor-doctor with a boy. Mansi’s mother becomes very sad with this act and gets her admitted to the girls’ school. In the process, Mansi gets attracted towards girls.

On the other hand, Veer Pratap Randhawa (Anshuman Jha), a boy from a disciplined family, gets attracted to his friend, a relationship is established between them while Veer’s friend is married. Mansi goes to Delhi and then McLeodganj to meet her girlfriend. In this journey he is accompanied by Veer who is troubled by his misfortune. Neither Mansi’s girlfriend’s father accepts their relationship nor Veer’s friend, telling their family that they are gay. In the end, Mansi and Veer decide to live together. There is some novelty in the story. For the first time in the same story, a lesbian and a gay have been shown together in such a serious way. In one of the scenes, Zareen runs away without paying the bill after eating at the dhaba, in which Anshuman supports her, a new symbol has been used to break free from bondage.

In the film, both Zareen and Anshuman have tried to give everything from their side, but what is the cure for the lack of talent. There is no credibility on Zareen’s face. In the role of a lesbian, you must have seen Konkona Sen Sharma in a strange story, nothing like this can be seen from the face or gesture of Zareen or her girlfriend. Anshuman, on the other hand, has unsuccessfully tried to become a woman. He is unable to admit to the public that he is a gay, and the vexation of it keeps haunting him from inside. Anshuman is not able to play such a well written character and the audience sees him as a very weak person.

Zareen and Anshuman’s decision to stay together is taken in a very strange way. The story begins to end before the audience develops any feeling towards them. There are more characters in the film, smaller roles. No one’s work is effective enough to be mentioned. The chemistry of Zareen and Anshuman is good but they could not pull off the entire film. The director of the film is Harish Vyas, who made this film in 2019, then due to the lockdown, the production work was left and then such a film can be released only on OTT, due to which this film Now seen. Prior to this, the film has participated in selected film festivals. The film is jointly written by Sujan Fernandes and Harish.

Emotions remained weak in the story. After leaving a few scenes, Anshuman’s helplessness starts getting angry. Zareen also looks less intelligent. The song ‘Bulla Ki Jaana Main Kaun’ has been exploited to the fullest in the film. The tune of this version is very different from ‘Bulla Ki Jaana’ sung by Rabi Shergill. Rest of the songs are very simple, but the mood of the songs matches with the pace of the film. Forced twists were put in the story of the film, due to which the original soul of the story has been affected. Due to the filming as a light romance, the seriousness of the subject also got compromised. The film is not too bad, but in such a new story, there is room left to do a lot with good acting. It will be considered very weak in films of this theme.