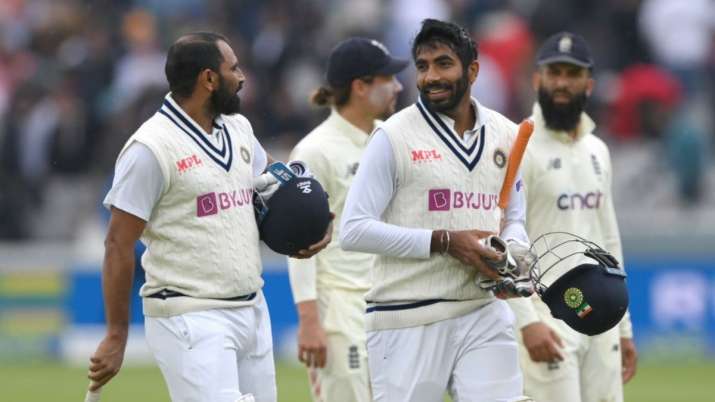 Indian pacer Jasprit Bumrah, who performed brilliantly with both bat and ball in the ongoing Test series against England, has been nominated for the ‘ICC Player of the Year’ award for the month of August. Apart from Bumrah, England’s Test captain Joe Root and Pakistani pacer Shaheen Shah Afridi are also nominated in the men’s section.

In the women’s section, Thailand’s Nattaya Bouchatham, Ireland’s Gabby Lewis and Aimeer Richardson have received nominations. Bumrah took nine wickets in the first Test. After this, in the second Test, Mohammed Shami shared an 89-run partnership for the ninth wicket, which proved decisive in India’s victory.

At the same time, for England, Captain Root scored centuries in all three Tests and reached the top of the rankings for Test batsmen. At the same time, Afridi took 18 wickets in two Tests against West Indies. He took ten wickets in the second Test and became the fourth youngest Pakistan bowler to achieve this feat.

Shastri also came positive in RT-PCR test, will have to be quarantined for 10 days

In women’s cricket, Nattaya did wonders against Zimbabwe with both bat and ball. Thanks to him, Thailand won the three-match series 2–1. Ireland’s team won three out of four matches of the T20 World Cup Europe Qualifiers, aided by brilliant play from Lewis and Richardson.