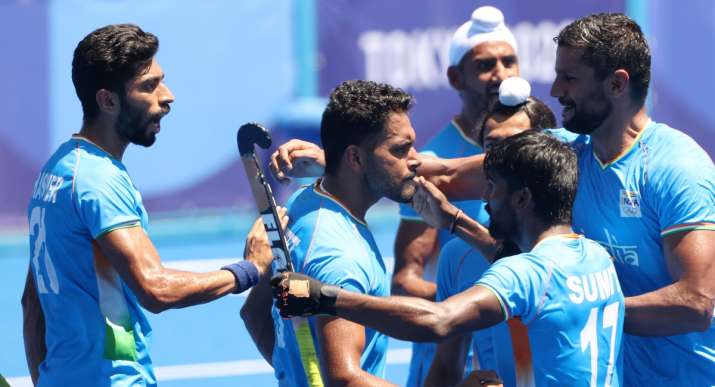 Indian men’s hockey team captain Manpreet Singh has said that the celebration of the historic bronze medal in Tokyo Olympics will now have to be stopped and the focus will be on winning the yellow medal in next year’s Asian Games to get automatic qualification for the Paris Olympics. The Indian men’s hockey team, which returned after winning an Olympic medal after 41 years in Tokyo, is being praised continuously.

It’s been a month since their 5-4 win over Germany in the third-place play-off match and Manpreet said it was time to strategize for 2022.

He said in a release issued by Hockey India, “In the last few weeks, we have received a lot of love and appreciation from the people. I think now there is a need to give rest to the body and mind.” Manpreet said, “We thoroughly enjoyed the felicitation ceremonies. We are overwhelmed by this love and respect but now we have to focus on doing better in 2022.

The Asian Games will be held in China from September 10 to 25 next year. The Indian team will aim to qualify directly for the Olympics by taking a gold medal in it. Manpreet said, “Last time we missed and we won the bronze medal. We were lucky to have the Olympic qualifying matches in India but can’t depend on that every time. We have to win the Asian Games so that we can get full time to prepare for the Paris Olympics 2024.

Also read- This was the reaction of the team after Shastri came to Corona positive, the batting coach revealed

The Indian women’s hockey team also finished fourth in the Olympics. Manpreet believes that this will increase the popularity of the game in the country.

“I think this is a new beginning for Indian hockey. The women’s team has also played well and hockey is getting the support it used to get.