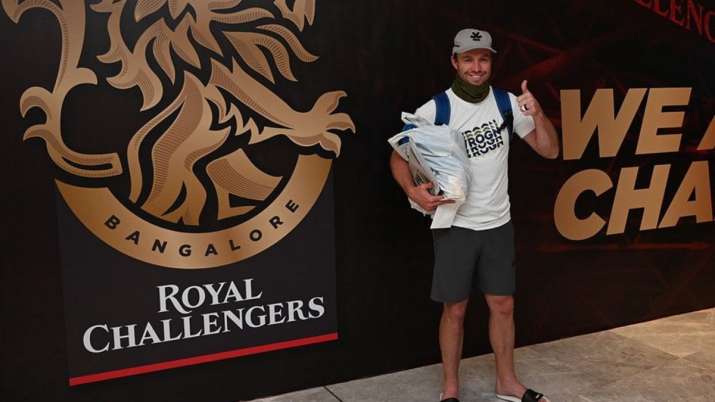 There is good news for the fans of Royal Challengers Bangalore (RCB). South African superstar AB de Villiers has reached UAE for the second leg of IPL 2021.

He has shared some photos in which his wife Danielle de Villiers and their children are seen. Along with this, he also shared the view outside his hotel room which was very beautiful.

De Villiers is very happy to come to this Gulf nation. Sharing the photo, he wrote the caption, “The next six weeks will be very exciting. The view outside our room is not bad.”

This picture spread like fire on social media. Fans were also very happy as their favorite player has arrived for the UAE leg of IPL 2021.

One user wrote, “The storm has arrived in UAE for IPL.”

Another user wrote, “Have a good comeback in the second half of IPL 2021. ABD aapko pyar hai.”

Apart from the fans, the franchise RCB himself made a special tweet for him. They are also very excited.