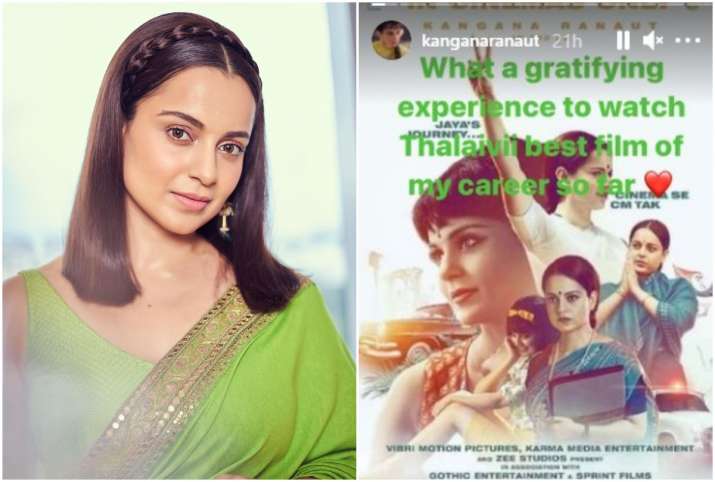 Actress Kangana Ranaut says ‘Thalaivi’ is the best film of her career so far and she is confident that it will bring audiences back to the theatres. Kangana had earlier attended the premiere of her film in Hyderabad and expressed her disappointment at multiplexes for not screening the film due to the gap between big screen and digital release.

On Monday, the actress took to her Instagram story to share a poster of ‘Thalaivi’, a biopic based on the life of late Tamil Nadu Chief Minister and former actress J Jayalalithaa, and captioned it, “Working in Thalaivi is a gratifying experience This is the best film of my career so far.” 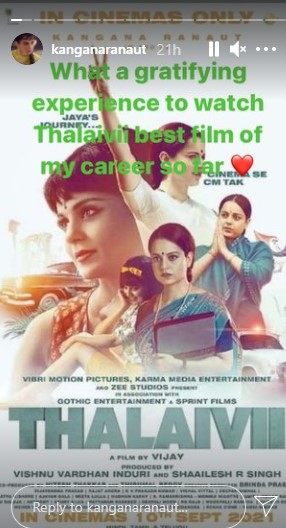 Kangana also shared a note saying, “‘Thalaivi’ is a theater experience, hope Hindi multiplexes also play it. I am sure it will bring audiences back to theatres.”

The film, which will release in Hindi, Tamil and Telugu, showcases various aspects of Jayalalithaa’s life, her journey as an actress from an early age to becoming the face of Tamil cinema as well as her rise to a revolutionary leader. tells about.

It is set to release in theaters on 10 September.