Bollywood’s famous and beautiful actress Katrina Kaif has got married. He took seven rounds with Vicky Kaushal on 9 December. The royal wedding of Six Senses Fort Chauth was organized in Barwara in Sawai Madhopur, Rajasthan. Only close relatives of Kat and Vicky attended the event. After the completion of all the wedding rituals, the actress informed about this by sharing pictures on her official social media. Since then, many pictures of different rituals have come to the fore, which also went viral continuously.

Now Kat has shared a special picture, which fans are very fond of. In this photo, the actress has flaunted the beautiful mehndi created in the wedding. The special thing is that the sea is also visible in the background, due to which people are speculating that Kat-Vicky went to Maldives for honeymoon. Not only this, fans are finding it interesting to find Vicky Kaushal’s name in Mehndi. Sharing the picture, a heart emoji has been made in the caption. 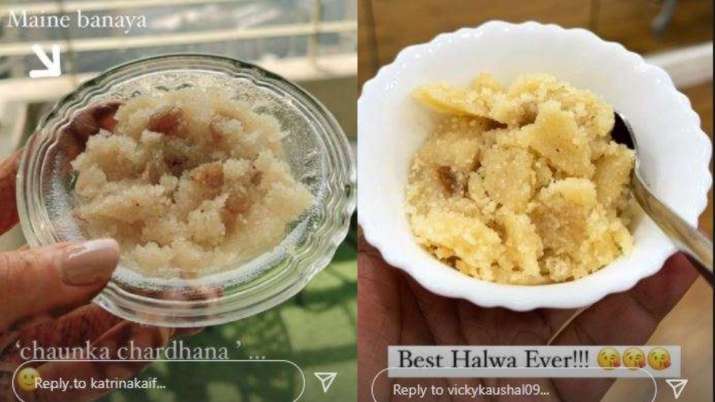 Earlier, another Insta story of Katrina came in the discussion. Kat and Vicky, who returned from Jaipur after marriage, also interacted with the media and also posed for the paparazzi. During this, Kat’s desi look was well-liked. After marriage, Katrina made pudding in the first kitchen while performing the ritual. The picture of the halwa has been shared by Katrina on her Instagram story. Sharing the sweet dish, Katrina Kaif has written – I made it.

Comments from celebs and fans are coming on all the posts of Katrina. Some are congratulating them on their marriage and some are wishing for the beginning of a new life. If reports are to be believed, Katrina and Vicky Kaushal have shifted to their new home in Mumbai today. In this way the couple has become neighbors of Virat and Anushka. This was confirmed by Anushka through a post.

Anushka Sharma shared the BTS video of ‘PK’, expressed happiness on the completion of 7 years of the film

Bigg Boss 15: Umar Riaz was upset after hearing Tejashwi Prakash, said- ‘I am going to be a mother’