Amitabh Bachchan has shared a picture of Shweta and Navya Naveli from the sets of KBC. (Photo Credits: amitabhbachchan/instagram)

1000 episodes completed
On the occasion of completion of 1000 episodes of ‘Kaun Banega Crorepati’, both will be seen in the show. Amitabh Bachchan has written in his blog, ‘Yes, the 1000th episode of Kaun Banega Crorepati is completed. On this occasion, the channel has requested that I bring my family on the stage of KBC, who should be with me on the hotseat. Amitabh Bachchan also wrote that his daughter and granddaughter were given a lot of love and respect on this occasion.

Big B wrote-
Amitabh Bachchan further wrote in his blog, “This whole episode was very emotional. Nothing can be a better evening for a father and grandfather than this. Amitabh Bachchan has also shared some more pictures of the episode as well. 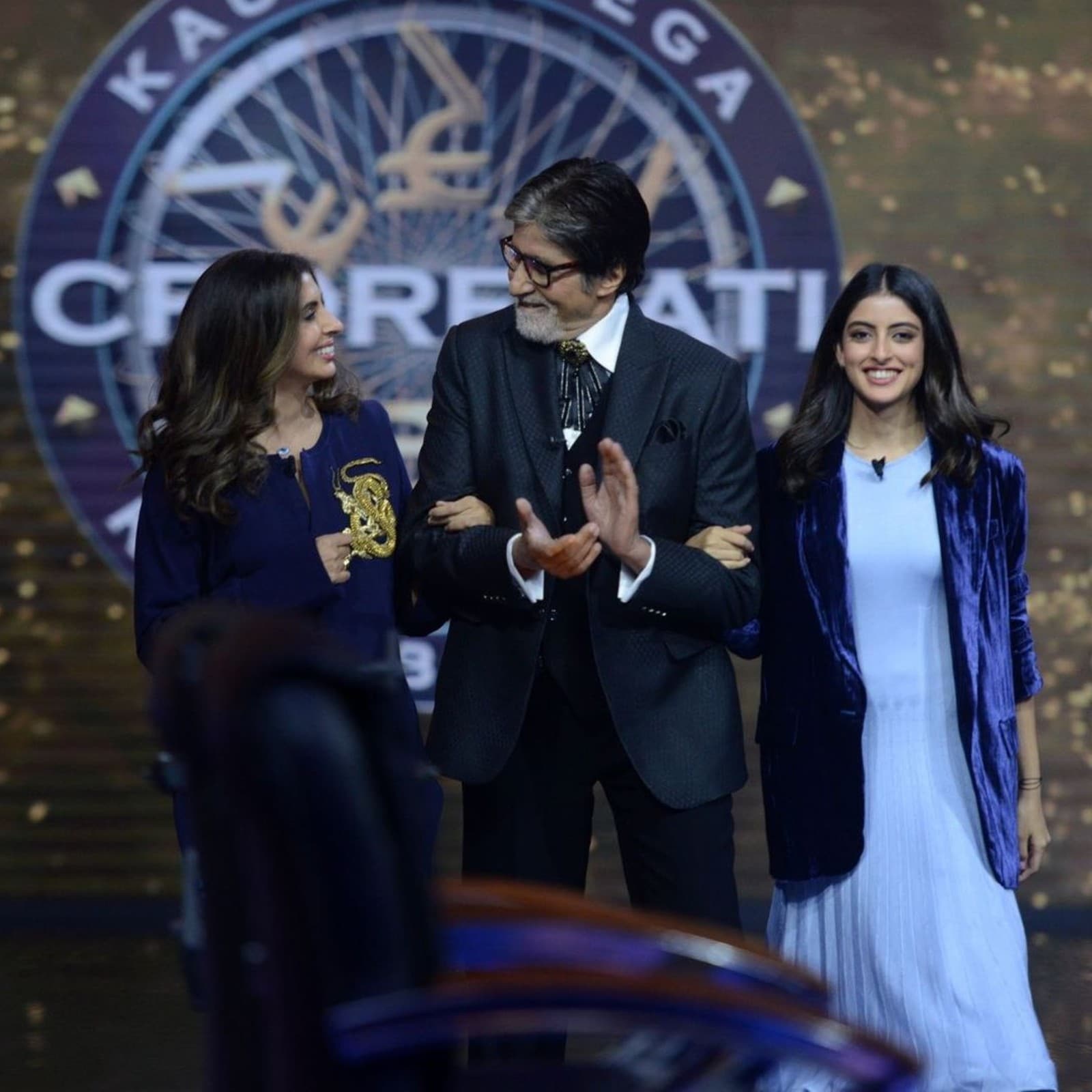 Navya will be seen in a show for the first time
Let us tell you that Amitabh Bachchan’s daughter Shweta Nanda has been seen many times doing a chat show or ramp walk, but this will be the first time that Navya Naveli will be seen in a show or on a public platform. That’s why the audience is excited to see them. Let us tell you that Navya Naveli Nanda Yagan is an entrepreneur. She is the co-founder of Aara Health and has also started Project Naveli.