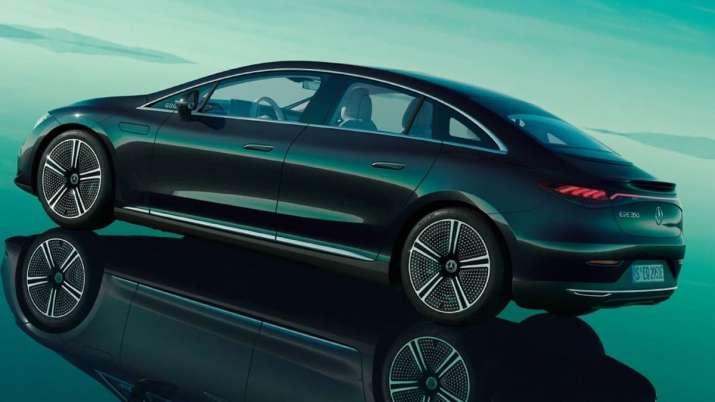 Mercedes-Benz, world-renowned for its luxury and advanced cars, has introduced its new luxury electric car EQE to the world. The company’s EQE electric car is made entirely from recycled steel. This car has been built on the EVA2 platform. This car is equipped with many advanced features. The company claims that once fully charged, this car can travel 660 km. After launch, this car will compete with Tesla’s Model 3 as well as electric cars like BMW’s i4.

What will be the price of this Mercedes car, at present the company has not disclosed it. According to the company, the production of this car will start soon, after which this car will be available for sale from the middle of next year. Talking about the features of the car, it has a 1,410 mm wide ‘Hyperscreen’ infotainment system. This HD screen has been made equipped with MBUX operating system. Its special thing is that in this the user does not need to go inside the menu to access any feature.


According to the company, the EQE electric car will be launched in two variants. Its first trim will be the EQE 350, whose motor will generate maximum power of 288hp and peak torque of 530Nm. However, the exact power and range details of the other trim have not been shared. Coming to the battery, the EQE is powered by a 10-cell, 90kWh (Lithium Ion) battery. It will have a maximum range of 660 km. This battery pack will charge with 170kW capacity.

PFRDA pension subscriber base rises 24 pc to 4.53 cr till Aug | People’s interest in getting pension increased, the number of PFRDA...