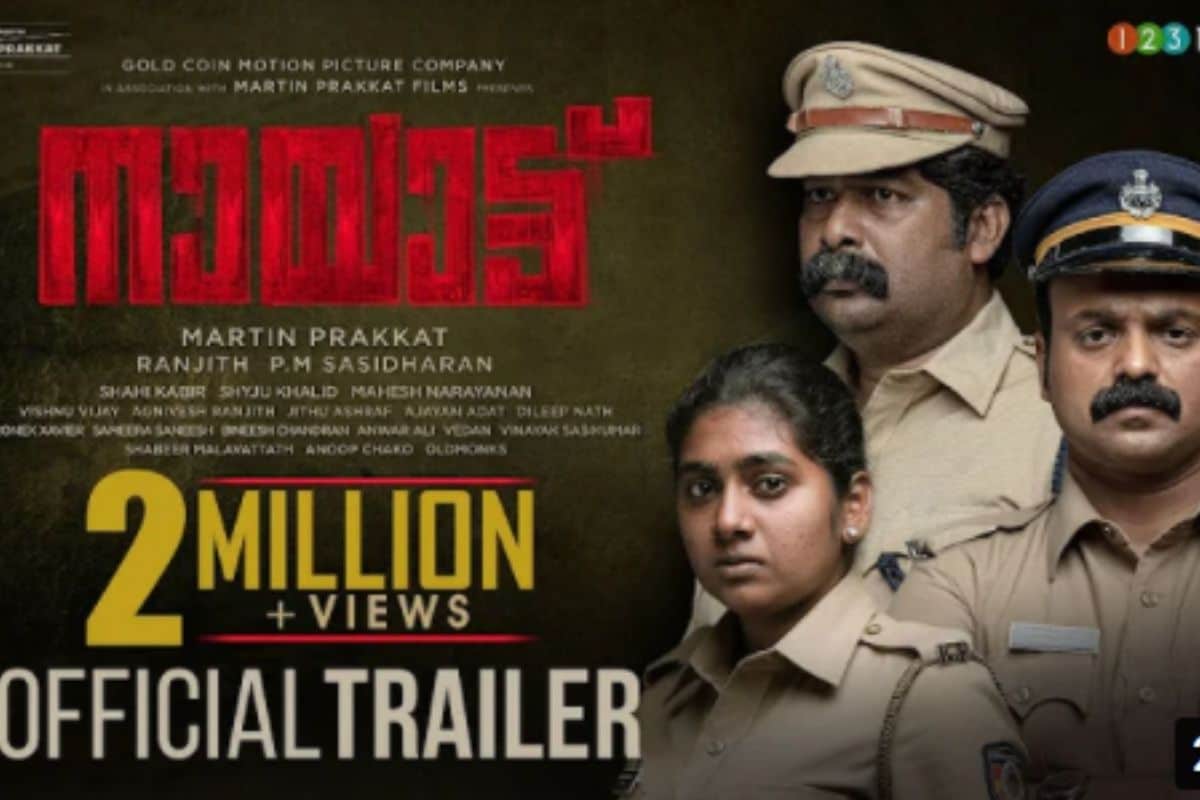 Mumbai: In 1980, a Malayalam film named Nayattu was released which became a super hit, because it was a remake of Amitabh Bachchan’s film “Zanjeer”. The film of the same title has come on Netflix in 2021, and the amazing thing is that watching this film will be considered an experience in itself. Nayattu is a very intelligent film with a very serious origin story, in which you get so attached to the lead cast that their helplessness starts to be felt.

The story is about 3 policemen of a police station, in which a quarrel is going on between the lady policeman and her relative, a petty leader, over property. The dispute reaches the police station and two of the woman’s colleagues put the leader in jail. The leader’s accomplices make a video of his arrest and beatings by the police, and big leaders have to jump into the matter. During this, one of the companions of that petty leader meets with an accident and dies. The blame lies on these policemen. If the support of the leaders of a particular caste is necessary to support the Chief Minister of the state, then they pressurize the commissioner to remove these policemen from the way. The three policemen escape, dodging the police and eventually one of the three commits suicide. The ending of the story is so touching that words cannot come out looking at it.

There are three lead actors – Police Officer Praveen Michael (Kunchko Boban), ACP Manian (Joju George) and Nimisha Sajayan whom we recently saw in the films “The Great Indian Kitchen” and “One”. While Kunchko is a very experienced and successful hero, Joju has also worked in many Malayalam films and has also produced films. The director of the film is Martin Prakat, who is originally a photographer and the photographs of celebrities taken by him are often published in the Malayalam magazine Vanitha. In 2010, he made a film named “Best Actor” with superstar Mammootty, which was a super hit in all respects. Although Martin has directed a total of 3 films in the last 11 years and Nayattu is his fourth film.

Some things remain fixed in Malayalam films and perhaps that’s why their story, their characters and their script can be trusted. In Malayalam films, the story always stays in Kerala, it is very rare that there is any mention of any other state. In Malayalam films, the difference between the city and the sky is not visible in the village, Kerala is still untouched by the bare dance of commercialization. Actors in Malayalam films are not seen acting at all, rather it seems that they were doing something in some other room, and now suddenly they have come in front of the camera. This is the victory of art.

When actors become policemen, it seems that even in private life they are policemen and this film has been made on their lives. Which artist will get how much screen time, it decides the story, not the artist. Whether the role is small or big, there is no hesitation in doing any artist, so every time a new dimension is added to each one’s acting.

The film is a thriller, a social drama as well as a degenerate depiction of caste interference in politics that a top police officer sends a special task force to trap and kill innocent officers of his own department. How the three policemen get out from under the nose of the police with their experience and common sense is very pleasant. Kerala looks very beautiful, with greenery all around, mountains of Munnar, winding roads and natural beauty, due to which the work of cinematographer Shiju Khalid becomes easy. But in the night scenes, amazing scenes have been made with the help of street lights.

The presence of the camera is like an artist in any scene. Jeju’s suicide scene is shot very effectively. The editor of the film is Mahesh Narayanan, due to which the film has maintained the feeling of being a thriller throughout the 124 minutes. Mahesh is a new-age editor and his films often steer the film in the right direction, keeping the audience hooked and not straying away from the original story the entire time. The magic of his editing will be seen in this film. The film is very good. Worth watching. Time can be spent on this.