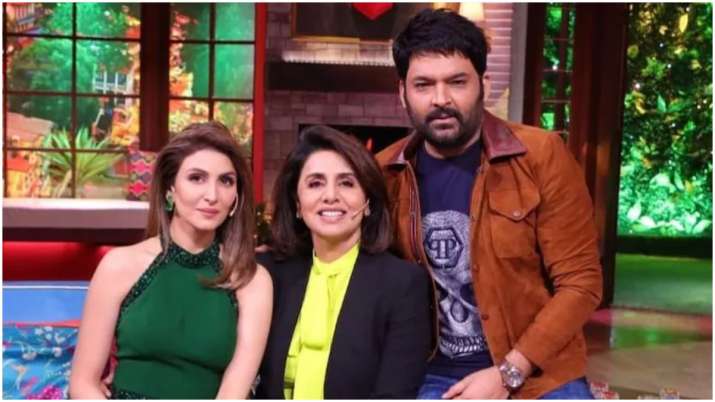 Mumbai: Actress Neetu Singh Kapoor has revealed on ‘The Kapil Sharma Show’ why she retired from Bollywood at a young age. The pair of Neetu Singh Kapoor and her daughter Riddhima Kapoor Sahni will be special guests on The Kapil Sharma Show. Where they will reveal the extraordinary moments of their lives. In a candid conversation, when host Kapil asked Neetu about the maximum number of films she did between the 70s and the 80s, she replied that yes, I did the maximum number of films between 1973 and 1980. I started working at the age of 5 and got married at the age of 20.

When Kapil asked Neetu if she wanted to do films first or get married, the actress revealed that I had nothing but fame, as I was a superstar. When I used to step out from my balcony, around 300-400 people were standing. But then Rishi Kapoor came into my life who wanted my time, and due to which it was a bit impossible to handle both films and Rishi, so I left films.

She further added that I also wanted to take rest as I had worked for 15 years in which I was studying, shooting and much more. So, I have been very busy in these 15 years of struggle. I got married at the age of 20 and a year later Riddhima was born.

‘The Kapil Sharma Show’ airs every Saturday and Sunday on Sony Entertainment Television.