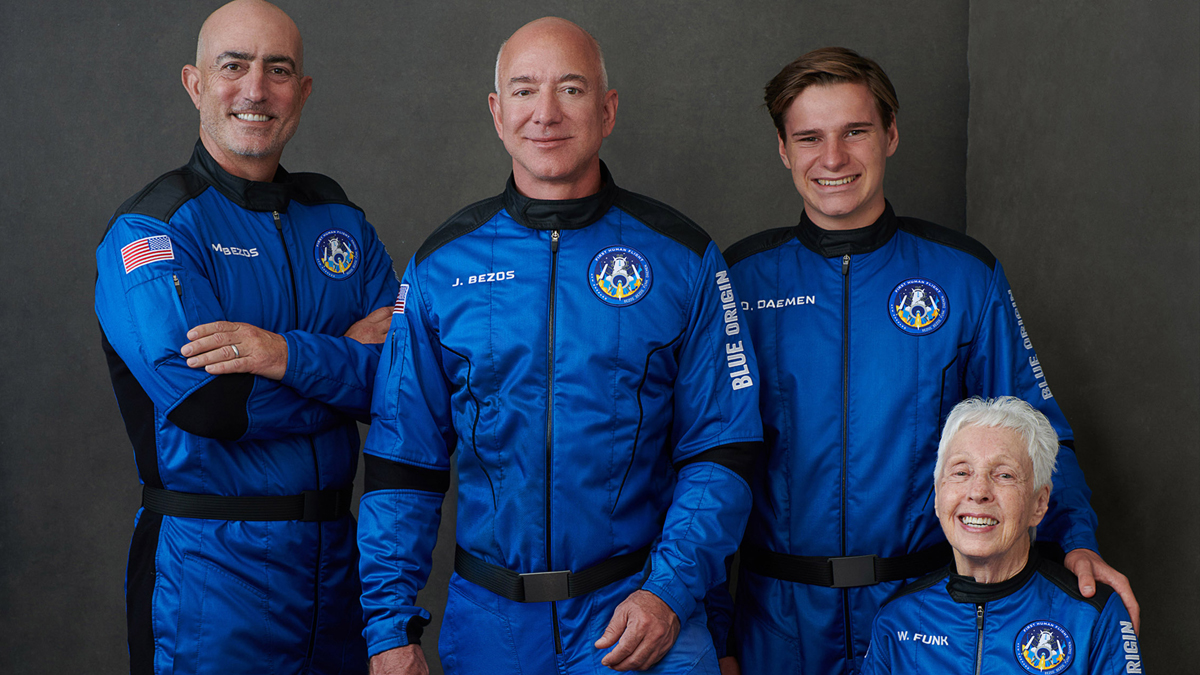 Jeff Bezos, the founder of e-commerce website Amazon, has created history by traveling to space today. He has completed his journey and made a safe landing by New Shepard capsule. Let us tell you that Blue Origin launched its first passenger spaceflight. Which included Jeff Bezos, his brother Mark Bezos, Wally Funk and Oliver Daemen.

Earlier, Richard Branson, owner of Virgin Galactic, made history by traveling to space on July 11. However, this is the first time a human has traveled to space on Blue Origin’s rocket New Shepherd. This visit of Jeff Bezos has also opened new avenues of space tourism. It is known that Blue Origin’s New Shepherd is an automatic rocket, which does not require a pilot to operate.

Space walk for about 10 minutes, its safe landing

The New Shepherd has covered a distance of 106 km in about 10 minutes. After which he returned to earth. After a safe landing, Jeff Bezos exited the capsule with his brother Mark Bezos, pilot Wally Funk and 18-year-old Oliver Damon. When Bezos came out of the capsule, he was wearing a cowboy hat. All the crew members were congratulated by their families.

The rocket’s booster left the ground after Blue Origin’s capsule New Shepherd took off to space. Before hitting the ground, the capsule uses a ‘retrothrust system’, which creates a gum-drop-shaped air cushion under the vehicle.

It is known that the New Shepherd rocket has flown 15 times so far, but this is the first time a human has traveled in it. This Blue Origin capsule has a total of six seats, but only four people traveled in it.

Jeff, Mark, Wally and Oliver are now getting into their seats, buckling up, and preparing for hatch close in advance of #NewShepard’s flight to space and back. #NSFirstHumanFlight

New Shepard reached the edge of space, known as the Karman Line. The International Aeronautics Body has outlined this line, which is considered the boundary between Earth’s atmosphere and space. Yet Bezos, reaching an altitude of 100 km, covered a greater distance than Branson. Branson flew to an altitude of 86 km during his journey.

After this space journey of Jeff Bezos, he has now become the richest astronaut in the world. Bezos has total assets of Rs 15 lakh crore.