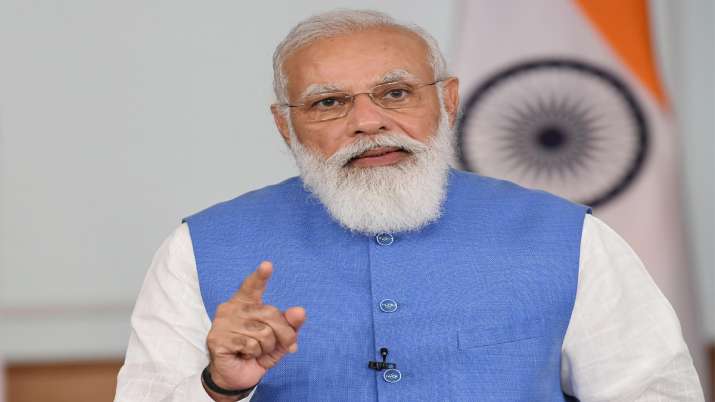 New Delhi. Prime Minister Narendra Modi on Friday said that India-Russia friendship has stood the test of time. Along with this, he emphasized that the two countries together can help in bringing stability to the global energy market. Addressing the plenary session of the Eastern Economic Forum (EEF) via video conference, Modi also mentioned the “better” cooperation between the two countries during the COVID-19 pandemic, including the vaccination program to prevent corona. The EEF is being organized in the city of Vladivostok, Russia.

Appreciating President Vladimir Putin’s vision for development in the Russian Far East, the Prime Minister said that India will be a trusted partner of Russia in realizing this dream. Noting the availability of a talented and dedicated workforce in India and the resource-rich state of Russia’s Far Eastern region, the Prime Minister said that there is tremendous scope for Indian talent to contribute to the development of this region of Russia.

The Prime Minister also referred to his visit to Vladivostok in 2019 to participate in the Forum and during that time India’s announcement of commitment to the “Act for East Policy”. Modi said the policy is an important part of India’s “special and close strategic partnership” with Russia.

Remembered the boat trip with Putin

PM Modi said that President Putin, I remember our long conversation during the boat trip from Vladivostok to Zvezda in 2019. You showed me the modern shipbuilding establishment in Jvezda and hoped that India would participate in this wonderful venture. Today I am delighted that Mazagon Docks Limited, one of India’s largest shipyards, will partner with Zvezda to build some of the world’s most important commercial ships.

Modi said India and Russia are partners in space exploration through the Gaganyaan program and both countries will also be partners in opening up the Northern Sea Route for international trade and commerce. Describing India and Russia’s friendship as having stood the test of time, he said that this is reflected in the strong cooperation between the two countries during the recent COVID-19 pandemic, including cooperation in the field of vaccines. Modi said the pandemic has underscored the importance of the health and pharmaceutical sectors in bilateral cooperation.

“Energy is another key pillar of our strategic partnership. The India-Russia energy partnership can help bring stability to the global energy market,” he said. The Prime Minister said that Indian workers are participating in major gas projects in the Amur field from Yamal to Vladivostok and then to Chennai. “We are looking at energy and trade linkages,” he said. I am happy that the Chennai-Vladivostok Maritime Corridor is progressing. This connectivity project, along the International North-South Corridor, will directly bring India and Russia closer to each other.

The Prime Minister said, we should take forward the fruitful discussions that took place during the visit of the Chief Ministers of major Indian states in 2019 (to Russia). I would like to invite the governors of the 11 regions of the Russian Far East to visit India at the earliest. A statement issued by the Prime Minister’s Office said that despite the challenges of the Kovid pandemic, an Indian delegation led by Minister of Petroleum and Natural Gas Hardeep Singh Puri is participating in the India-Russia trade talks under the EEF. The delegation includes representatives of major oil and gas companies of the country.

This Too Read: Indian Railways will start operation of AC3 economy coach from September 6, know which train will start and how much is the fare

This Too Read: You can get 5000 rupees monthly pension by depositing Rs 210 every month, this scheme is fantastic

This Too Read: Industries will be established in every village of UP, Yogi government has a plan to make farmers entrepreneurs