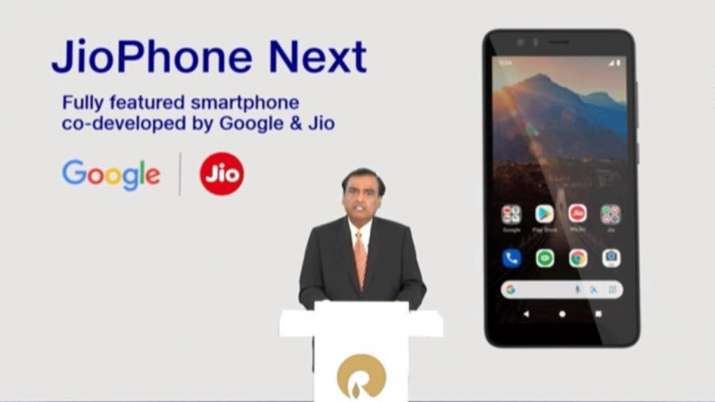 Reliance Industries Chairman and CEO Mukesh Ambani had said at the RIL AGM that the JioPhone Next will be the cheapest 4G smartphone not only in India but across the world. JioPhone Next will be powered by an optimized version of the Android operating system. It is jointly developed by Jio and Google for the Indian market.

The phone comes with features like voice assistant, automatic read-aloud off screen text, language translation, smart camera with augmented reality filters. Addressing RIL shareholders during the AGM, Google CEO Sundar Pichai had said that the phone will offer language and translation features, a great camera, and support for the latest Android updates.

The new JioPhone Next will allow users to read content in their own language with the tap of a button. Users can also instruct Google Assistant to play music on Jio Saavn or check their balance on MyJio. Apart from this, he can also get the latest cricket score or weather information on the phone through Google Assistant. The camera of JioPhone Next will also have a feature like HDR mode.

The company has not yet disclosed any information about the price of JioPhone Next. But it is being claimed that this smartphone will be the cheapest 4G phone in the whole world.

This Too Read: Know how the President’s ‘Tughlaqi decree’ had a huge impact on the economy

This Too Read: Government will bring IPO of this company before LIC, will sell its 25% stake

This Too Read: EPFO will give big gift to private employed employees before Diwali

This Too Read: The government got three times more money than the oil bond liability, know how

This Too Read: Maruti Suzuki increased prices for the third time in 9 months, the prices of passenger vehicles increased this much from today