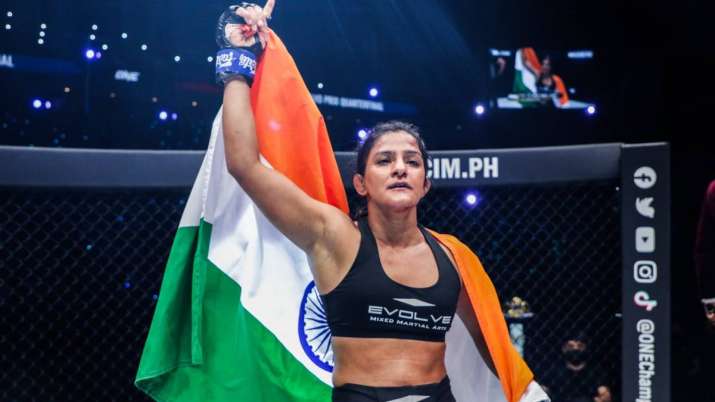 New Delhi. Wrestler-turned-mixed martial arts (MMA) fighter Ritu Phogat on Tuesday urged the Indian government to help promote MMA in the country and suggested that sportspersons should also be given national awards.

We also represent our country, Ritu told IANS, and I am not asking for anything for myself. I am just saying this for the new players who are adopting this game.

He said, the government should promote and support it as it is now gaining popularity among the masses. Prestigious sports awards like Arjuna Award should also be given in this sport. Like other sports in India, MMA should have a properly recognized federation. We have a lot of talent in India, who are willing to join the game. Our matches should also be properly telecast so that people can see it.

Ritu has entered the semi-finals of the Atomic Weight Grand Prix of a championship in Singapore. She defeated World No. 2 Meng Bo of China, who was undefeated by seven matches.

On the big win, the 27-year-old MMA fighter said, Meng Bo is a really good player. She is a contender for number 2. He has more experience than me. But I have proved that I am the best. I used a mix of some wrestling moves and MMA style in this match.

When asked if she will return to wrestling, Ritu said, “I am not thinking of coming back to wrestling. I know my father wants us to win an Olympic medal. Sangeeta will participate in the World Wrestling Championships. He has made a good comeback. Also, my cousin Vinesh Phogat is working hard too. She was unlucky this time at the Tokyo Olympics, but is expected to win a medal in Paris in 2024.