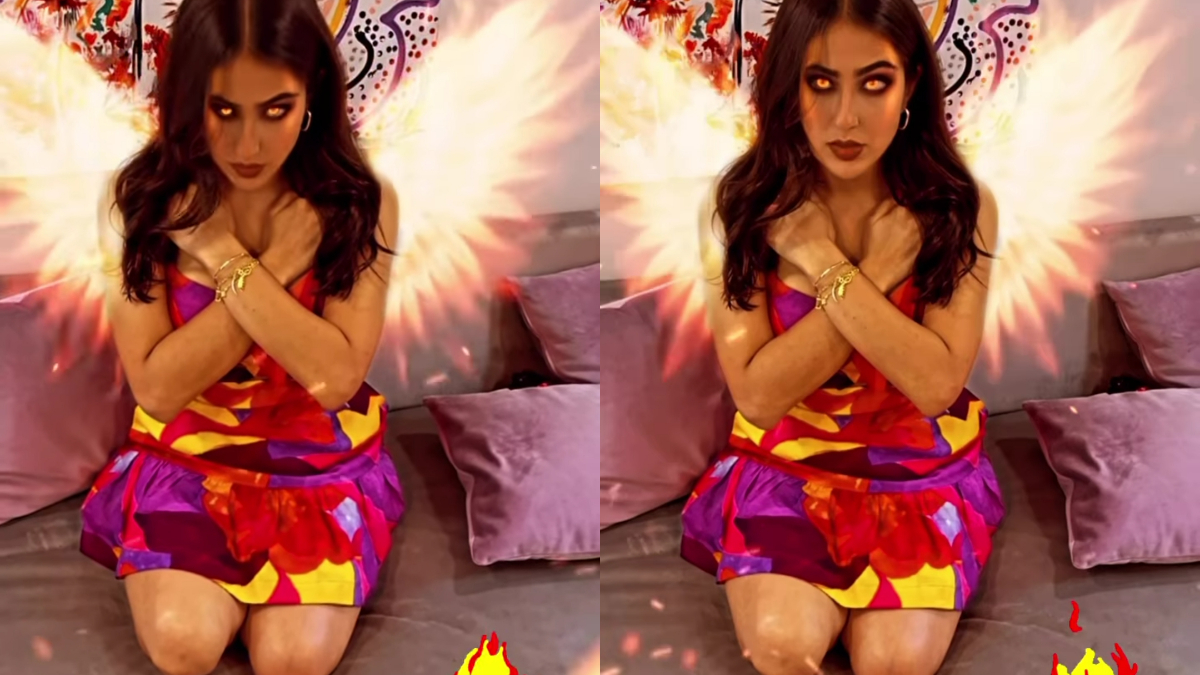 Mumbai: Bollywood actress Sara Ali Khan has made her a different identity and special place. Sara Ali Khan started her career in the year 2018 with the film ‘Kedarnath’. This film could not show anything special at the box office, but Sara definitely managed to make her place in the hearts of the people. Like films, Sara is also very active on social media. And she does not miss to entertain the audience with her jokes and unique style there too. He has once again posted many such videos in his social media account. Sara is seen as a devil in a video.

Actually Sara has posted a video in her Instagram story. In this video, black marks under his eyes and fiery effect are being seen behind him. In the video, Sara Devil is seen as the Devil using the filter. The videos have become increasingly viral as soon as they come on social media. In the second video, Sara Ali Khan is lifting a girl in her lap with both her arms. She is trying her best to lift him. In the video, the girl looks scared, but Sara does not let her go, but after several attempts, completely lifts her in her lap. In the video, she is showing her fitness and strength of arms. These videos have been made in the vanity van during the shooting.

Talking about Sara Ali Khan’s upcoming films, she will soon be seen in the film ‘Atrangi Re’. In this film she is working with Akshay Kumar and South actor Dhanush. The film is directed by Aanand L Rai. At the same time, recently pictures of his Kamakhya Devi’s darshan also dominated social media.