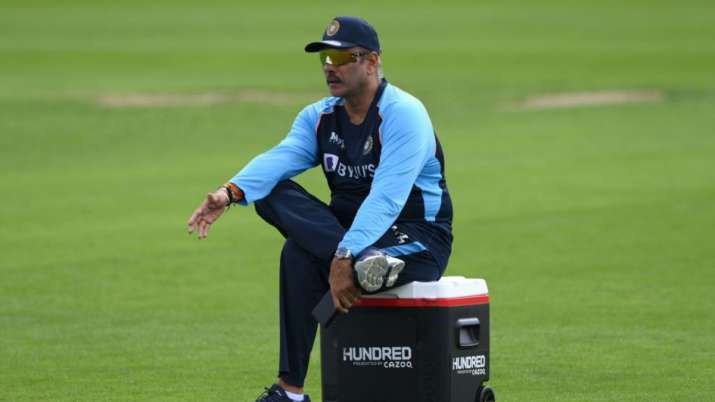 India’s head coach Ravi Shastri has also been found corona infected in the RT-PCR test and will be in isolation for the next ten days, which will keep him out of the team for the fifth and final Test against England in Manchester. Shastri, 59, was found positive in the rapid antigen test on Sunday.

The infection has been confirmed in his RT PCR test report on Monday. The fifth and last Test will be played from September 10. “After testing positive in two rapid antigen tests, Shastri has also tested positive in RT-PCR test. He has mild symptoms like sore throat. He will be in isolation for ten days,” a BCCI source said.

Three members of the support staff who came in close contact with him, bowling coach Bharat Arun, fielding coach R Sridhar and physio Nitin Patel, are also in isolation. The team members have been found negative in two rapid antigen tests conducted on Saturday evening and Sunday morning.

The support staff and all the players have received both doses of the corona vaccine. There is a possibility that Shastri contracted the infection on the occasion of the launch of his book at the team hotel as outside guests had also come in it. Patel, Sridhar and Arun were also present in it.