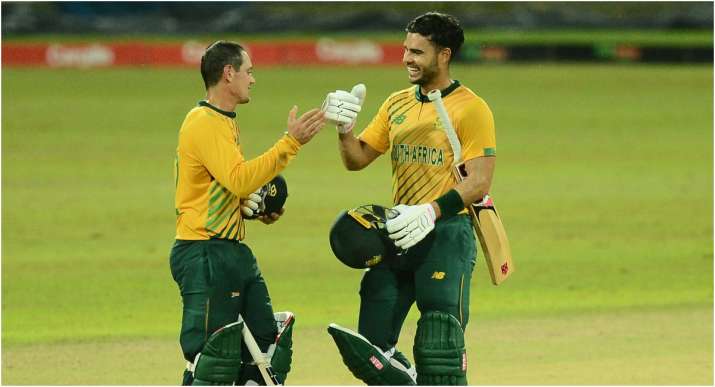 In the third T20 match against Sri Lanka, South Africa cricket team registered a thumping victory by 10 wickets. With this win, South Africa ended the T20I series on their Sri Lankan tour. In this three-match series, South African team won a 3-0 victory over hosts Sri Lanka.

In this match, the hosts won the toss and batted first and scored 120 runs in the allotted 20 overs for the loss of 8 wickets. In reply, South African team scored 121 runs in just 14.4 overs without losing any wicket.

Also read- De Villiers told himself old, said – a player like me needs to be fresh

Opener batsman Quinton de Kock played a powerful innings of 59 runs in 46 balls for South Africa. In this innings, he hit a total of 7 fours. Apart from this, Reeza Henriques scored 56 runs in 42 balls.