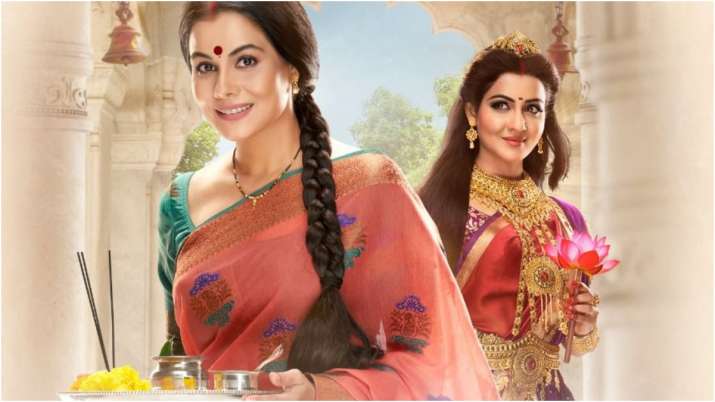 Sony SAB’s new show ‘Shubh Labh – Aapke Ghar Mein’ is soon coming to entertain the audience. This story will tell about the meaning of true devotion and the importance of change in oneself. The show will trace the transformative journey of its characters as they learn to strike a balance between their daily routine and spirituality. ‘Shubh Labh Aapke Ghar Mein’ will be telecast from September 13, Monday to Friday, at 9:30 pm on Sony SAB.

how is the story

Story of Serial The Toshniwal family living in Ratlam is facing the struggles and challenges of daily life like any other Indian family. They want their life to be prosperous and happy. Savita Toshniwal (Geetanjali Tikekar) and her husband Niranjan Toshniwal (Nasir Khan) run the namkeen business. His business is running in loss, due to which the financial condition of his house has also started deteriorating. Savita is a housewife and a great devotee of Goddess Lakshmi. He feels that by continuously praying and worshiping Lakshmi Maa, she will bring his family out of trouble. She has a firm belief in divine miracles and does everything to the best of her ability to please Goddess Lakshmi. Savita leaves no stone unturned to reverse her misfortune and is hoping for a miracle that will save her from troubles. But even after a long time, when she does not see any way, she starts saying sadly, ‘When will Goddess Lakshmi come to his house?’

After constantly listening to Savita’s complaints, Goddess Lakshmi (Chavi Pandey) has to come to earth in a human avatar. His aim is to enter Savita’s life and guide her in her journey of self-transformation. The show will also see Tanisha Mehta along with Geetanjali Tikekar and Chhavi Pandey, who is making her television debut as Shreya, a young, smart and humble girl. Shreya is a girl from a rich family of Ratlam, but despite this she is very humble. Shreya will play an important role in Savita’s life and it is only with her help that Savita will understand the true meaning of dedication, dharma and intelligence.

Sony SAB’s new show ‘Shubh Labh – Aapke Ghar Mein’ is produced by Jai Productions. This is a new content addition to the channel’s shows that aim to inspire, entertain and delight the viewers through their characters and storylines. Mitil Jain will play Savita’s elder son Rohit, Savita’s younger son Vaibhav and Mahi Sharma will play Savita’s daughter Roohi in the show.

Now it has to be seen how far this Sony SAB show will be able to enter the hearts of the audience!