Famous comedian Sumona Chakraborty has become Kovid positive. Sumona, who was seen in ‘The Kapil Sharma Show’, has informed through Instagram story that her Kovid report has come positive. Sumona wrote on Instagram Story – My Kovid report has come positive with moderate symptoms. I am quarantined at home, I would request everyone who has come in contact with me last week to get their covid test done.

Sumona’s character is very much liked in The Kapil Sharma Show, Sumona also got fame through this show. Sumona recently told in an interview that she does not attend many parties and after finishing shooting she goes straight home. Sumona said that people consider me arrogant. 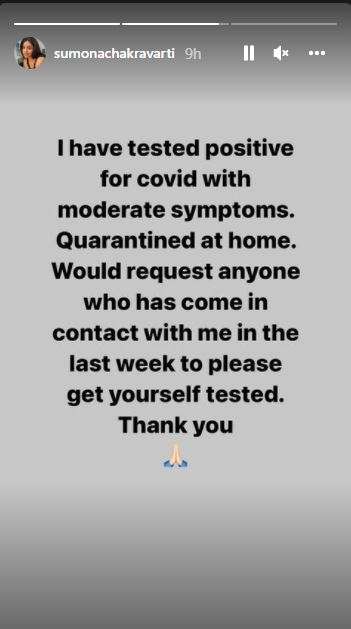 Before Sumona, many TV actresses have come under its grip. Delnaaz Irani, Drishti Dhami, Mrinal Thakur have become Kovid positive. Apart from these, Nakuul Mehta, his wife Janaki and son Sufi were also Kovid positive. At the same time, Arjun Bijlani had become Omicron.