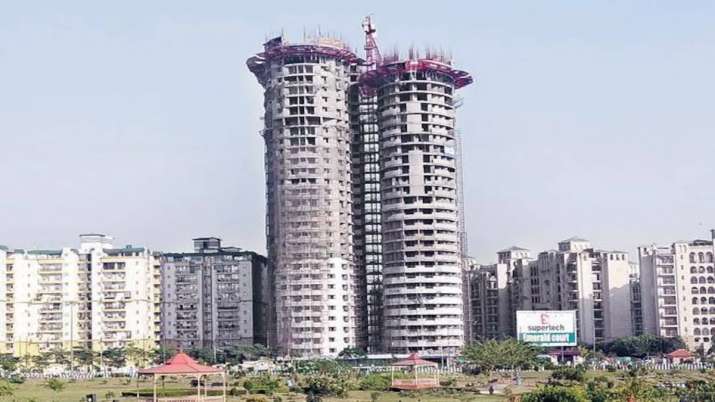 New Delhi. Realty firm Supertech Ltd (Supertech) on Tuesday said it will file a review petition against the Supreme Court order to demolish the company’s 40-storey twin towers in Noida. The Supreme Court on Tuesday ordered the demolition of Supertech’s Twin Towers within three months for violating building rules.

Supertech Managing Director Mohit Arora said that the company will file a review petition in the Supreme Court. The 40-storey towers are a part of the company’s Emerald Court project, located in Noida, Uttar Pradesh.

A bench of Justices DY Chandrachud and MR Shah held that there was no need to change the Allahabad High Court order dated April 11, 2014, which had directed the demolition of the Twin Towers. The order said that Supertech has 915 flats and shops in its 40-storey Twin Towers which have been constructed in connivance with the Noida Authority and the High Court has given the right verdict.

The bench said that the demolition work of the twin towers will have to be completed within three months under the supervision of the Noida Authority and an expert committee. The Supreme Court has also said that the entire cost of this work will have to be borne by Supertech Limited. The bench said that recently it has been observed that illegal construction is being done in connivance with the planning authority in the metropolitan area, on which strict action is required. Noida-headquartered Supertech has developed several real estate projects in Delhi-NCR.

This Too Read: PM Modi will give a special gift tomorrow, will issue a coin of Rs 125

This Too Read: After Janmashtami, the price of gold further decreased, silver also declined

This Too Read: Tata Motors launches Tigor EV, will run 306 km on a single charge

This Too Read: Traders who did not do this work related to GST for the last two months, they will have to repent now

PFRDA pension subscriber base rises 24 pc to 4.53 cr till Aug | People’s interest in getting pension increased, the number of PFRDA...