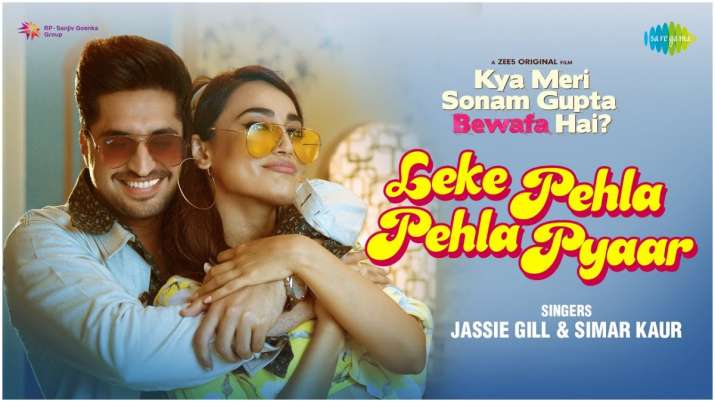 Mumbai: Jassi Gill in his upcoming film ‘Kya Meri Sonam Gupta Bewafa Hai?’ The iconic track ‘Leke Pehla Pehla Pyaar’ from 1956 has been recreated for The actor-singer said that he looked at a lot of old songs that were part of mainstream pop culture to recreate a retro vibe. The original track is from the 1956 film ‘CID’, which starred the late great actors Dev Anand, Shakeela and Sheela Vaz. This song is sung by Shamshad Begum, Mohammad Rafi, Asha Bhosle and lyrics are penned by Majrooh Sultanpuri.

The revised version also stars actress Surbhi Jyoti along with Jassi. From recreating classic looks to dance movements to clothing, the actors have brought every nuance to the songs of the 1970s and 1980s with the latest versions.

Jassi said that “I saw a lot of old songs that were part of mainstream pop culture. Going through the visual appeal and retro fashion, we made sure we put together the songs with feel and vibrancy.”

“This song was not easy as it is an iconic song. We went through many looks and hairstyles for this.”

Jassi says that it was a lot of fun working with Surbhi on the special number. She added that she is so easygoing and effortless on screen and an absolute bundle of energy on the sets. The recreated song is composed by Avi Sara and lyrics are penned by Happy Raikoti. Jassi says that he incorporated his childhood and love for old Hindi songs in this track. Watch the song-