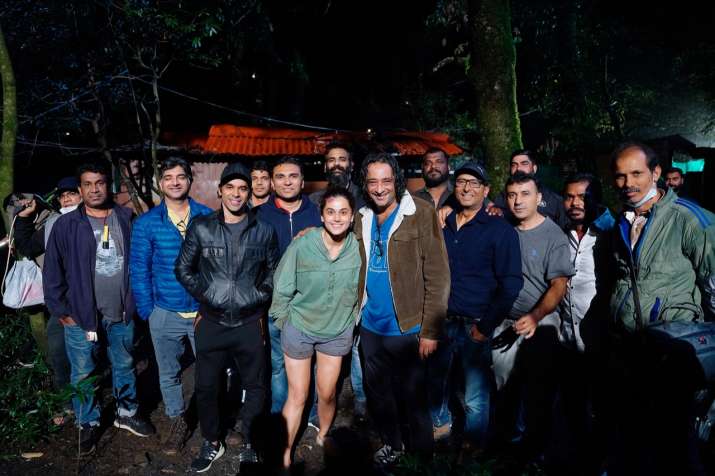 Taapsee Pannu known for her stellar performances, Taapsee is all set to give yet another thrilling experience to the audience with her debut film ‘Blur’ under her production banner Outsider Films. Directed by Ajay Behl and starring Taapsee and Gulshan Devaiah, the film is written by Pawan Soni and Ajay Behl, is a psychological thriller that tells the story of a girl trapped in unavoidable circumstances whose life will be filled with thrill and drama.

Shot on a large scale in the beautiful Nainital, the team of the film is on cloud nine as they recently completed the challenging schedule of Blur in the small town.

Talking about his experience of filming in Nainital, director Ajay Behl says, “Shooting in real locations like Nainital Lake, Mall Road and other tourist spots can be difficult especially with overcrowding. We used to shoot from late night till early morning. But it was a completely gratifying experience for all of us. Nainital has equally added beauty and mystery to the film.”

Written by Pawan Soni and Ajay Behl, Zee Studios, Taapsee Pannu’s Outsider Films and Echelon Productions’ Blur is a psychological thriller that promises to give you goosebumps. The film will be released in 2022.