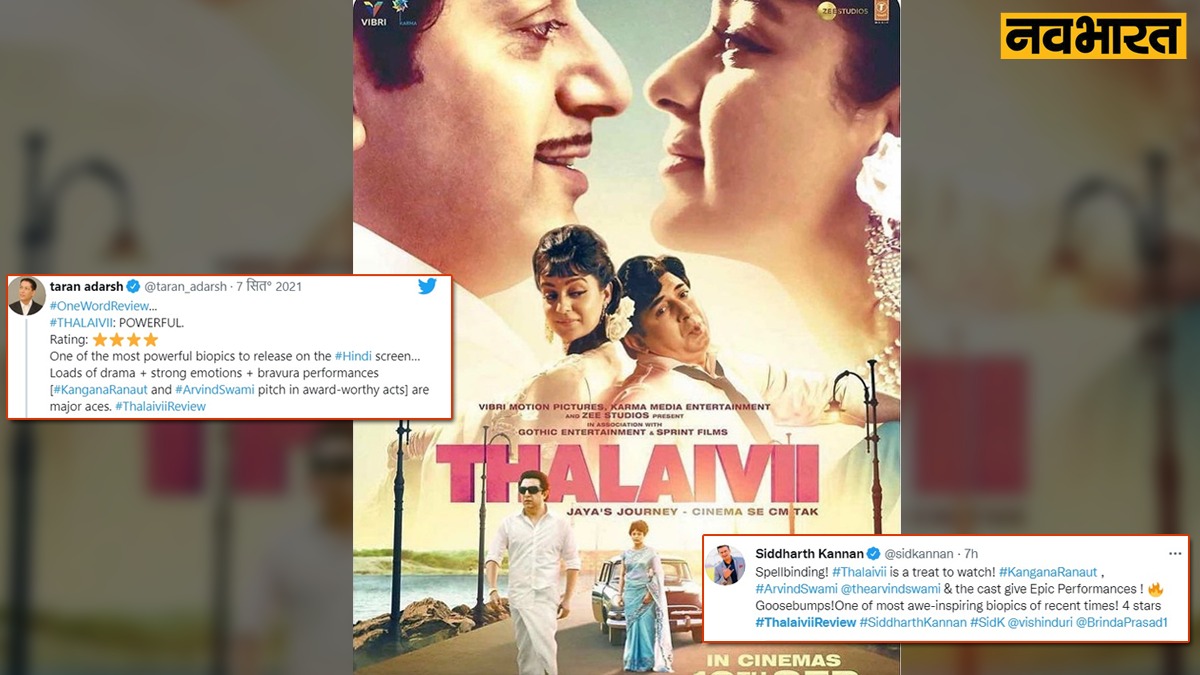 Viewers have been waiting for ‘Thalaivi’ for a long time.

Thalaivi Critic Review: Film actress Kangana Ranaut is in discussion these days about her big budget film ‘Thalaivi’. In the film, the actress will be seen playing the late Jayalalithaa, the former Chief Minister of Tamil Nadu. The actress is very excited for this film. The film was earlier scheduled to release in theaters on April 23 but due to the Corona pandemic and the lockdown, the makers pushed the release date of ‘Thalaivi’. Now this film is going to be released after two days i.e. on 10th September.

Two days before the release of ‘Thalaivi’, film critic and trade analyst Taran Adarsh ​​has surprised everyone by giving a review of the film. Film Critics has given Kangana Ranaut’s most awaited film ‘Thalaivi’ as a good movie by giving four out of five stars. While reviewing ‘Thalaivi’, Taran Adarsh ​​was seen sharing several tweets on social media one after the other. Taran Adarsh ​​told through his tweet that “Thalaivi” is one of the powerful biopics films. Apart from drama, the audience will also get to see strong emotional scenes in the film. The performances of Kangana Ranaut and Arvind Swamy are commendable. View tweet-

#OneWordReview…#THALAIVII: POWERFUL.
Rating: ⭐⭐⭐⭐️
One of the most powerful biopics to release on the #Hindi screen… Loads of drama + strong emotions + bravura performances [#KanganaRanaut and #ArvindSwami pitch in award-worthy acts] are major aces. #ThalaiviiReview pic.twitter.com/9RQKOT8hXt

i have seen # Thalaivi #Thalaivi
The film is a biography of Jayalalithaa. in this biopic #ArvindSwamy #KanganaRanaut #RajArjun Has done a good job.
writer in this film #VijayendraPrasad #RajatArora The film has become impressive with his contribution. pic.twitter.com/hEbTw2BbiN