The Undertaker challenged Akshay Kumar for a real rematch, the 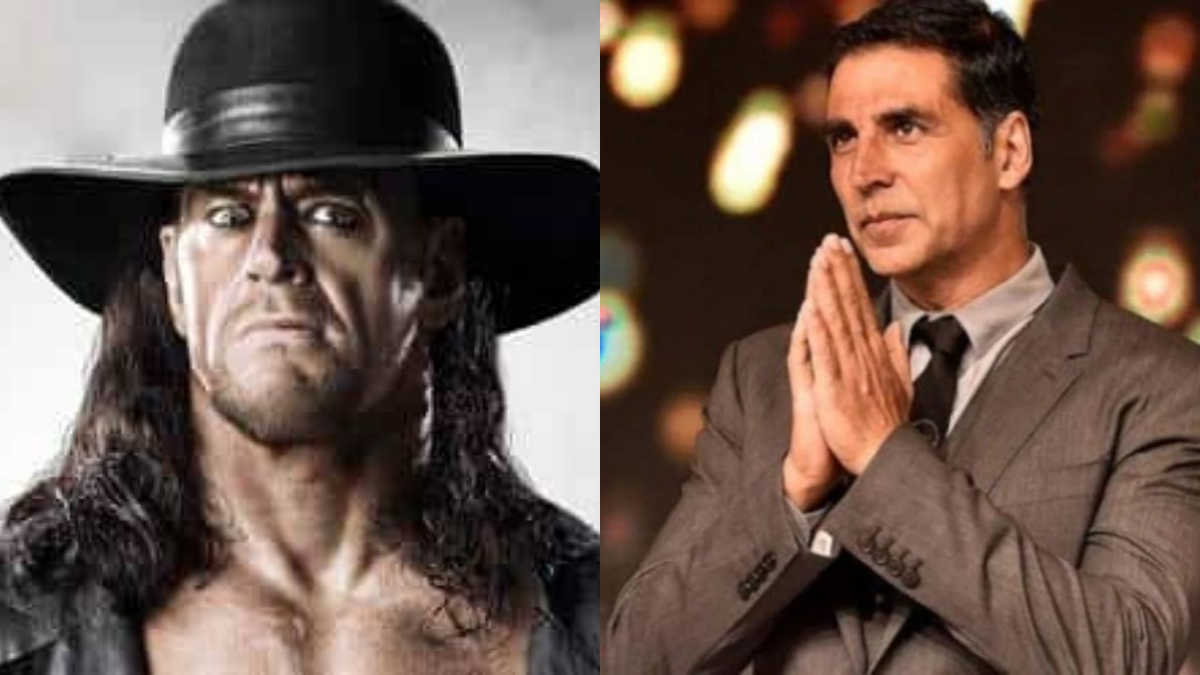 MumbaiIn Bollywood, ‘Khiladi’ i.e. Akshay Kumar is very active on social media. Akshay Kumar has been entertaining people through his films for years. In the early days of his career, the hit film ‘Khiladiyon Ka Khiladi’ recently completed 25 years. Till now many people thought that the fight scene in the film was shot with the original The Undertaker, but recently the actor himself exposed this secret.

Recently, he shared a funny photo on the completion of 25 years of his film Khiladi Ka Khiladi, to which WWF has now given its funny reaction. Now WWF has shared the actor’s post and said that Wrestler Undertaker has said yes to a real match. The post read, ‘Yeah let me know when you’re ready for a real rematch!’ At the same time, this funny post was captioned by WWF India on Twitter, ‘The Real Undertaker Vs Akshay Kumar Please Yes.’ This post is being well-liked on social media. Also, fans are giving their feedback by retweeting the post. At the same time, Akshay Kumar has also made a funny comment on the post. Tagging The Undertaker, he wrote, ‘Let me check my insurance and come back, brother.’

Ohh man , this is really hilarious 😂😂🤪🤪 #AkshayKumar at his best 😎
If this match happens it will be the most viewed match in history of wrestlemania
Be careful Akki sir 😁@akshaykumar @undertaker https://t.co/Pij8KMCfTA pic.twitter.com/DXcXOs2x8K

His superhit film Khiladiyon Ka Khiladi Ke, which came in the year 1996, recently completed 25 years. In the joy of completing 25 years of the film, he shared a collage on his social media handle, in which he has attached a photo of himself with WWF Wrestler Brock Lesnar, Triple H, Roman Reigns. On the photo, he wrote, ‘If you have defeated The Undertaker, raise your hand!’ If we talk about his workfront, then the actor is going to be seen in many films this year. Akshay Kumar will soon be seen in Rohit Shetty’s directorial film Sooryavanshi. Apart from this, he is going to be seen in the films ‘Bell Bottom’, ‘Ram Setu’, ‘Bachchan Pandey’, ‘Prithviraj’, ‘Raksha Bandhan’.