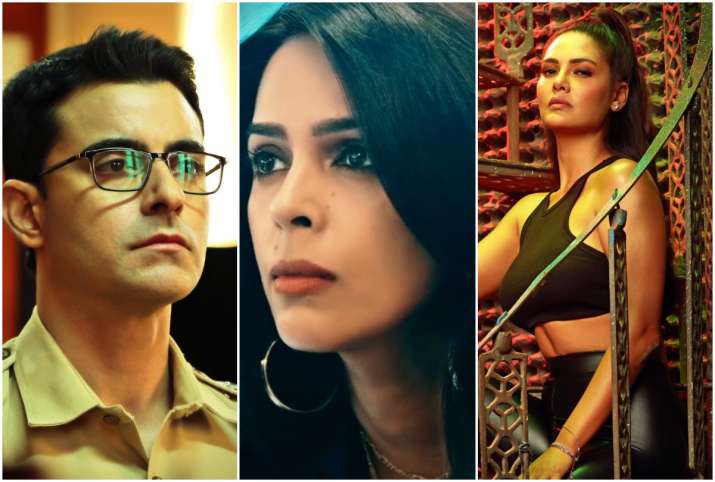 The trailer of the web series ‘Naqaab’ has been launched. It is an investigative thriller series directed by Soumik Sen and stars Mallika Sherawat, Esha Gupta and Gautam Rode in the lead roles. Talking about her character, Mallika said that the series examines the hidden nuances of a glamorous industry. I play Zohra, an inspiring woman at the top of the media industry, but her character is mysterious. ‘Naqaab’ has crime, drama, mystery and scandal and is a complete entertainment series.

In the show, cop Aditi Amre (Esha Gupta) is assigned the case of the high-profile death of Vibha Dutta (Ankita Chakraborty), a prime-time television actress who was very close to television’s Zarina Zohra Mehra (Mallika Sherawat). Aditi’s dreary life is turned upside down when she starts revealing intricate details about the matter.

As Aditi embarks on this journey with her senior, Pawan Bisht (Gautam Rode), she discovers a part of her personality that she never knew existed within her.

Playing the role of Sub Inspector Aditi Amre, Esha Gupta said that what attracted me to play this character is that it has a lot of depth. Investigative dramas and thrillers have been a personal choice for me, and I found the background of this story really interesting. Nakaab will go live on MX Player from 15 September.