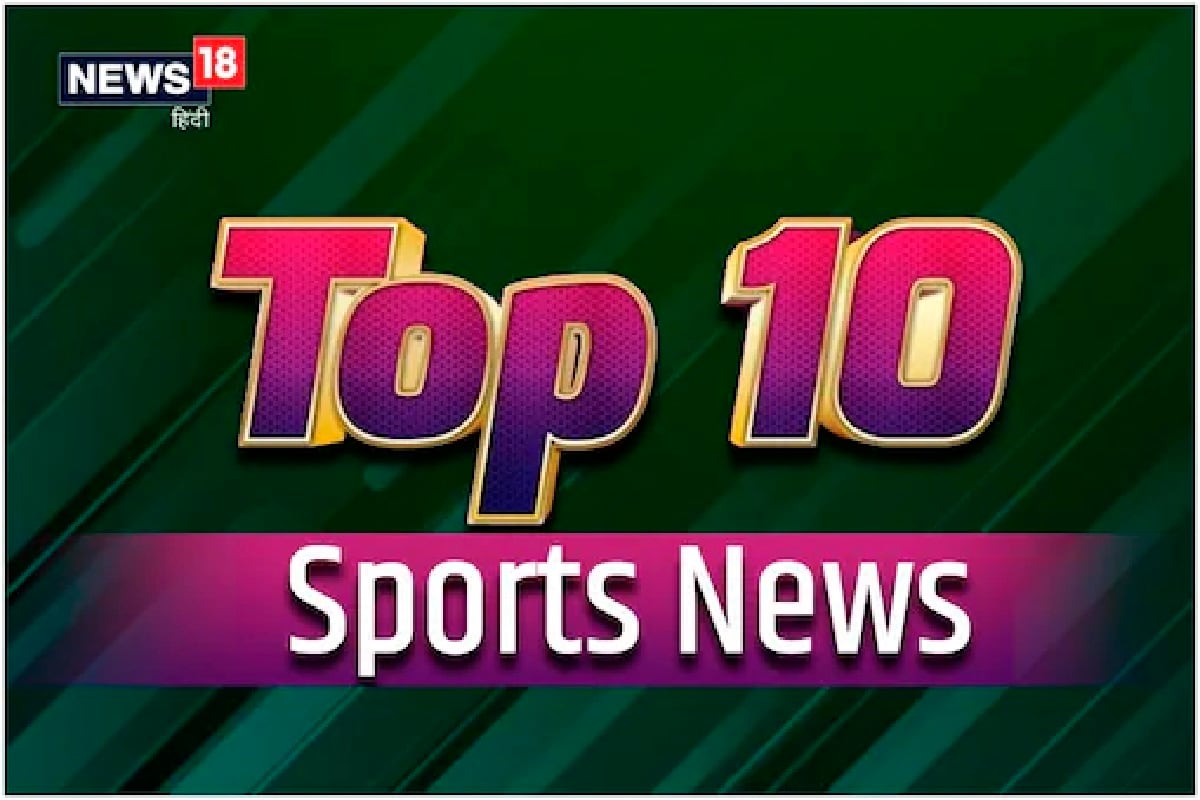 The Indian team, captained by Shikhar Dhawan, started the T20 series with a win and defeated Sri Lanka by 38 runs in the first match. With this win, they took a 1-0 lead in the three-match T20I series. The second phase of IPL-2021 will start from September 19, which has been confirmed by the BCCI.

New Delhi. The Indian team defeated Sri Lanka (IND vs SL 1st T20I) by 38 runs in the first T20 International of the series and took a 1-0 lead in the three-match T20I series. Suryakumar Yadav scored a brilliant half-century while pacer Bhuvneshwar Kumar took 4 wickets. The second phase of IPL-2021 will start from September 19. The first match of the second leg will be played between Mumbai Indians and Chennai Super Kings in Dubai. The final will be on October 15. India did not get any medal in the Tokyo Olympics on Sunday.

The Indian team defeated Sri Lanka by 38 runs in the first T20 International of the series thanks to the superb bowling of pacer Bhuvneshwar Kumar after a brilliant half-century from Suryakumar Yadav. With this victory, the team led by Shikhar Dhawan also took a 1-0 lead in the three-match series. Colombo’s R. In the match played on Sunday at Premadasa Stadium, India scored 164 for 5 in 20 overs. Chasing the target, the innings of the hosts was reduced to 126 runs in 18.3 overs. Suryakumar scored 50 runs in 34 balls with the help of 5 fours and 2 sixes, while Bhuvi, who was the man of the match, took 4 wickets for 22 runs.

Young openers Prithvi Shaw and Suryakumar Yadav will soon leave for England. Both the batsmen can be included in the Indian team for the five-match Test series against England starting next month. According to a report in Cricinfo, the team management has decided to call Shaw and Yadav to England due to injuries to Shubman Gill, Avesh Khan and Washington Sundar. Both Prithvi and Surya are currently part of the T20 International series in Sri Lanka. It is not yet confirmed whether the selectors have kept Prithvi Shaw and Yadav as reserves or made him part of the main Test squad. At present, there are three reserve players with the team, which include opener Abhimanyu Easwaran, pacer famous Krishna and Arjan Nagwaswala.

Former Team India batsman Akash Chopra has said that Manish Pandey is difficult to get a chance in the T20 series against Sri Lanka. He did not perform anything special in the ODI series. Chopra said in an event that according to him Manish Pandey will not be a part of the T20 World Cup. Manish landed in all three matches of the ODI series, but could not perform anything special. He scored 26, 37 and 11 runs in three matches.

Shuttler PV Sindhu, table tennis player Manika Batra and boxer MC Mary Kom brought a ray of hope to the Indian camp, disappointed by the shooters’ poor show for the second day in a row, by winning their matches at the Tokyo Olympics. However, in the end, the men’s hockey team’s humiliating 1-7 defeat at the hands of Australia became unbearable. After weightlifter Mirabai Chanu won the silver medal on the first day of competition, Sindhu and Mary Kom performed to their laurels to make it to the next round. Manika had to struggle but she also managed to reach the third round of table tennis. Thanks to Chanu’s medal, India is currently joint 21st in the medal tally.

Weightlifter Mirabai Chanu made the nation smile and proud by winning the silver medal at the Tokyo Olympics. After this historic success, he expressed his desire to eat pizza. He had said that I sacrificed a lot for the Olympics and did not even touch the pizza. I was just eating simple food. But now my dream has come true so I want to eat pizza. This wish of the country’s daughter will now be fulfilled for the rest of her life as Domino’s has announced to give her free pizza till lifetime.

Indian cricketers Ishant Sharma and Hanuma Vihari made a mistake while congratulating female wrestler Priya Malik. Both the cricketers mistakenly congratulated Priya for winning the gold medal in the Tokyo Olympics. Later, realizing the mistake, deleted their tweets. Wrestler Priya Malik won the gold medal for India at the World Wrestling Championships in Hungary but not many people knew about it. He felt that Priya had won a gold medal for India in the Tokyo Olympics. Ishant Sharma and Hanuma Vihari also got caught in the same confusion and mistakenly congratulated Priya for winning in Tokyo.

Australia’s ODI and T20 team captain Aaron Finch is doubtful to play in the T20 World Cup. He has also pulled out of Bangladesh tour after West Indies due to knee injury. He was injured during the T20 series against the Windies. Due to this he could not get into the ODI series. The matches of the T20 World Cup are to be held in the UAE and Oman in October-November. Finch will soon leave for Australia from the Windies to get fit before the T20 World Cup. There he will have to stay in quarantine for two weeks. After this he may have surgery on his right knee.

South Africa defeated Ireland by 49 runs in the third match to win the three-match T20I series 3-0. South Africa won the first T20 match by 33 runs and the second by 42 runs after the ODI series was tied. In the last match, South Africa added 189 runs for two wickets, making their highest score in this format. Captain Temba Bavuma made 72 and Reeza Hendricks scored 69 runs and also shared a 127-run partnership.

The Tokyo Olympics was delayed by a year due to Corona. Meanwhile, when most of the players were busy preparing for the Olympics even amidst strict protocol, a shooter was busy saving people’s lives from Corona, leaving the preparations for the Tokyo Olympics. Now this shooter has won the gold medal by doing amazing. Iran’s 10m Air Pistol Olympic champion Javed Forogi describes himself as a soldier of the country as he was busy in his role as a nurse in a hospital during the Kovid-19 time when other shooters were busy preparing for the Olympics.