Many new couples of Beetown celebrated their first Lohri (Lohri 2022) together after marriage. Vicky Kaushal and Katrina Kaif also had their first Lohri post marriage, which both celebrated together (Vicky-Katrina first Lohri). The fans were eager to catch a glimpse of both of them throughout the day. Vicky and Katrina did not let their fans down and shared some glimpses of their festival this morning at around 4 am, in which both are seen smiling in each other’s arms.

Vicky-Katrina celebrated Lohri together
The pictures of Vicky Kaushal and Katrina Kaif’s first Lohri (Lohri 2022) are now becoming very viral on social media. Vicky has shared a picture, while Katrina has shared four pictures in her Insta story. In the picture, they are standing together where Lohri is burning. Vicky is standing with his hand on Kat’s shoulder.

Katrina was seen in a traditional look
Katrina looked very happy during this, she was wearing a red suit, which was giving a Punjabi traditional look. Sharing the picture, Vicky wrote the caption – ‘Happy Lohri’. With this, he has also shared a fire emoji. Fans showered love
Seeing the pictures of both, the fans are showering a lot of love. Along with both of them, some fans are asking whether the celebration of the festival was late or have shared pictures late. Seeing both of them in arms, a fan also took a jibe and said – Salman Khan is burning. Another wrote – May God keep this beautiful laugh of yours like this. 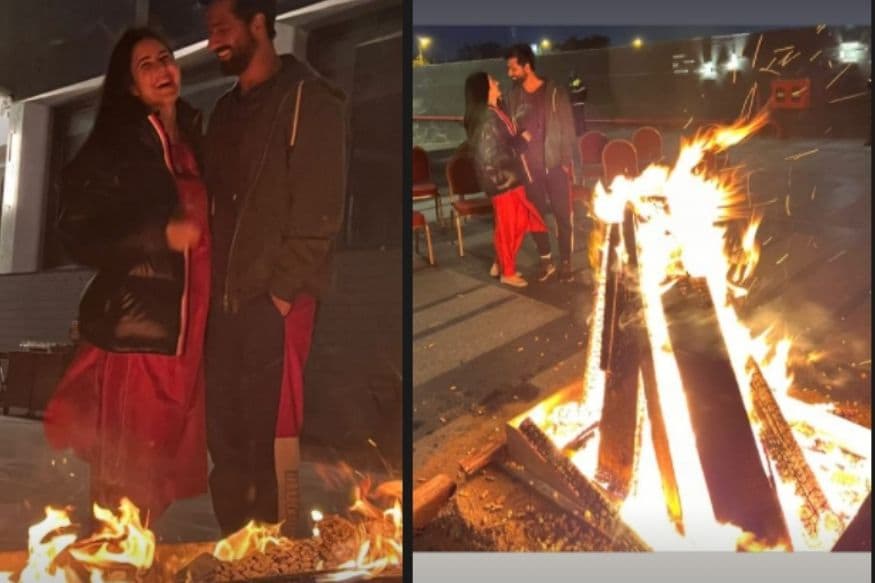 Marriage completed 1 month
Vicky Kaushal and Katrina Kaif have been married for a month. Both of them got married on December 9 at Hotel Six Senses Fort in Sawai Madhopur, Rajasthan. During this marriage, only family members and close friends were present. On the work front, Vicky Kaushal has many films in the pipeline. He will be seen in films like ‘Govinda Mera Naam’, ‘The Great Indian Family’, ‘The Immortal Ashwatthama’, ‘Takht’ and ‘Moneck Shaw’. At the same time, Katrina Kaif will be seen working in the films ‘Phone Bhoot’, ‘Tiger 3’, ‘Jee Le Zara’ and Meri ‘Christmas’.