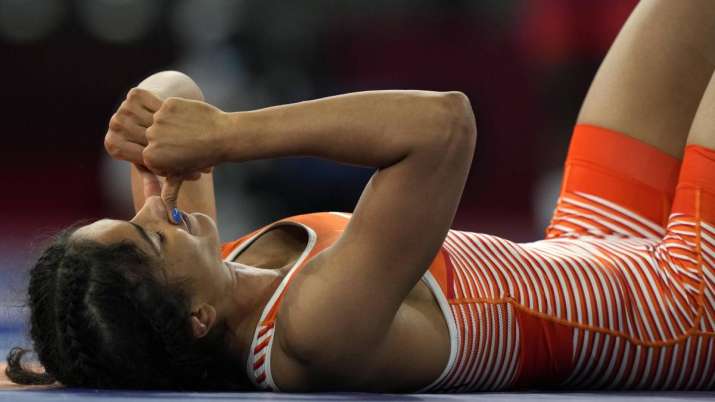 New Delhi. Troubles did not seem to end for Vinesh Phogat, who left the trials for the Wrestling World Championship midway, while her cousin Sangeeta (62kg) made a stellar return to the mat after three years in the Indian team. Vinesh, who faced suspension from the Wrestling Federation of India earlier this month for disciplinary reasons, was later let off with a warning. All eyes were on her in the trial but she looked weak from the beginning. India’s most successful female wrestler Vinesh defeated Anju 10-5 in the first match of the 55kg category but she was not in form. After this, she did not even land on the mat against Pinky, due to which Pinky got a place in the team in the championship to be held from October 2 to 10.

Vinesh said, “I don’t know what has happened to me. Didn’t hurt but I was feeling dizzy. My body is not the same as before. I am showing the doctor. Perhaps the corona infection has had an effect on the body.

Vinesh had earlier also said that she could not understand anything in the Tokyo Olympics quarter-finals. She was smiling but could not hide her disappointment.

Olympic bronze medalist Bajrang Punia’s wife Sangeeta came on the mat after two knee operations and registered a resounding victory. She defeated Junior World Championship silver medalist Sanju Devi on technical superiority and then beat Manisha 9-5. Bajrang was standing on the coach corner during the match. Sangeeta missed the 2018 World Championship due to a knee operation. Then in 2019, he also had an operation on his left knee.

Sangeeta said, “My father (Mahavir Phogat) taught me wrestling and now Bajrang continues to inspire and give advice.”